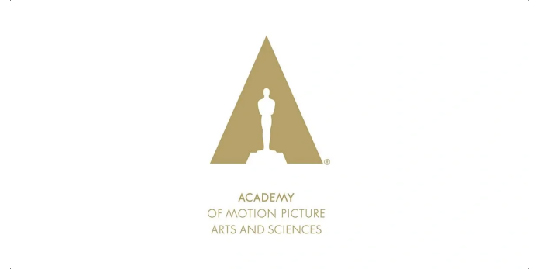 Posted at 05:38h in All Posts, All Predictions, Oscar, Predictions by Arman Saxena

To me, Dune, Belfast, and The Power of the Dog are basically locks here. They usually have at least one genre film here which Dune fits the mold of and the top 2 Best Picture contenders are usually here as well. In a close fourth place I have Don’t Look Up which has only received a nod from ACE but has the kind of editing that this branch likes (McKay’s last two films The Big Short and Vice were nominated here as well) and with this film having that genre element to it as well I’m pretty confident about its inclusion.

As always, the question is about what will fill the last slot. Licorice Pizza seems like the obvious choice here since its hit all the precursors yet I think it could end up like Once Upon a Time in Hollywood which is another auteur period comedy film that was often described as a “hangout” film. The laid-back nature of the film forces me to caution against predicting in this category that usually awards fast-paced and/or genre films.

If Licorice Pizza doesn’t get in there are three films in my eyes that can realistically take its place: West Side Story, No Time to Die, or King Richard. I’ll start with King Richard since part of me thinks this film has the best chance to fill this last spot since sports movies (Ford v Ferrari, I, Tonya, and Moneyball) usually do well in this category. However, the film’s star has been falling a little recently and if there was more focus on the tennis action I think it would be a more popular pick here.

West Side Story was edited by frequent Spielberg collaborator Michael Kahn (with Sarah Broshar as well) and if Kahn is nominated for West Side Story, he will receive his ninth editing nod and will become the most-nominated editor ever. West Side Story’s lack of an ACE nomination, however, is concerning and even though a film can be nominated without an ACE nod (last year’s The Father, for example), it’s definitely not very common.

No Time to Die received nominations from both BAFTA and ACE so it has definitely received support but both Skyfall and Casino Royale received those two nominations and ended up empty-handed when it came to Best Editing at the Oscars. I am going to go with King Richard for now but my mind may change as time goes on.

The Power of the Dog – CCA, ACE

Dune, The Power of the Dog, and The Tragedy of Macbeth are seemingly locked here for me. Belfast follows close behind as it hit both CCA and ASC and is a black-and-white top 2 Best Picture contender. I am pretty confident about predicting those four films and that last slot for me is between West Side Story and Nightmare Alley.

Nightmare Alley has hit all the major precursors and has pretty flashy cinematography, yet West Side Story is undeniably the bigger Best Picture contender. Its cinematography is also flashy and Janusz Kaminski is definitely a legend in the industry. However, one thing that gives me pause is that a lot of the fantastic shots from West Side Story are homages to the original and I don’t know if that’ll work to the film’s benefit (oh they recreated some great shots!) or to its detriment (oh they just copied the original!).

The Power of the Dog – CCA, ASC, BAFTA

Three films, Dune, Nightmare Alley, and Cruella have hit all the major precursors. This branch seems to like only period or sci-fi/fantasy films. Those three previously-mentioned films fit that criteria so I think they’re safe.

Most people have House of Gucci in their predictions but the film spends most of its time in the 80s and 90s (though some of the film takes place in the 70s) and the Academy hasn’t been as keen on awarding films that are set during that time period. Still, it’s true that fashion is a major part of the film and that aspect could help it. It’s also true that The Devil Wears Prada, which was about the contemporary fashion industry, was also nominated in this category.

Cyrano is the kind of period piece that gets love in this category and Joe Wright’s films especially do very well here (four of his previous films, Pride and Prejudice, Atonement, Anna Karenina, and Darkest Hour were all nominated here and Anna Karenina actually won). West Side Story is very close though I think the other films may just be too strong for it.