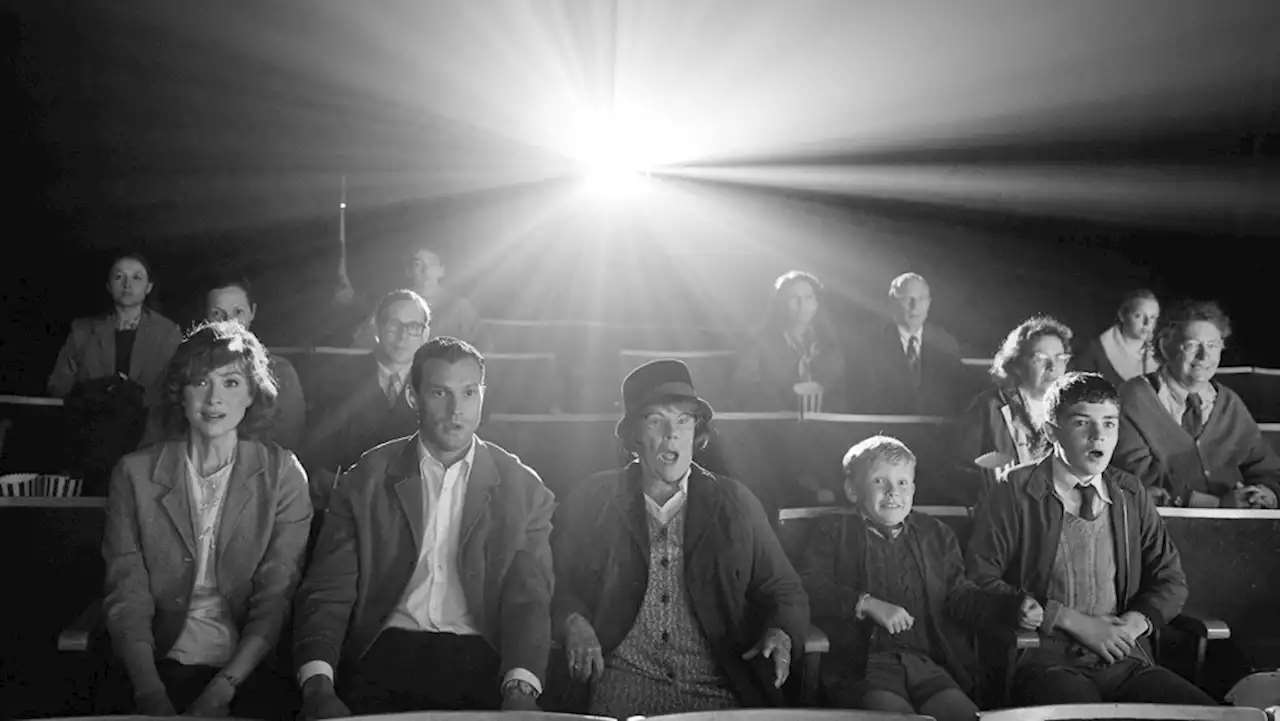 Posted at 15:38h in all editorial posts, All Posts, Lists, News, and Other Editorials, Others by Arman Saxena

As Telluride wraps up, let’s review the Oscar chances of some of the films exiting the festival.

After The Power of the Dog, Belfast is the Telluride film that I believe has the best chance of receiving a Best Picture nomination. Kenneth Branagh’s newest is a sentimental autobiographical portrait of the Troubles and the director’s burgeoning love of cinema. The central actor Jude Hill who plays the young Buddy has probably been the most acclaimed of the cast, yet his status as a child actor will probably keep him from being nominated. Caitrona Balfe, Jamie Dornan, Judi Dench, and Ciaran Hinds have all received positive notices but I think Balfe will be the one to rise above the pack and get a nomination. As it is a period film shot in mostly black and white so it’ll probably receive some tech nominations as well.

The film does seem a little maudlin and oversentimental but I see it having a good chance of getting into the 10 film lineup at this point.

Mike Mills has also come out with a black and white film centering around a child, yet his film couldn’t be more different. According to reviews, Joaquin Phoenix gives a subtle and poignant performance as a radio journalist talking to his nephew about the future. The film will probably be too indie for a Best Picture nomination and while I don’t think either is going to happen, both Phoenix and Mills could possibly receive nominations for their work on the film.

This film coming from the director of Darkest Hour and Atonement, both Best Picture nominees in their respective years. However, Cyrano will likely not be his next. While the film has received mostly positive reviews, there doesn’t seem to be much passion for it. Peter Dinklage seems to be the obvious standout from the cast and the costume and production design of this musical have also been acclaimed. However, I really don’t see this getting near the Oscars outside of the below-the-line categories.

The Electrical Life of Louis Wain

Like Cyrano, this Benedict Cumberbatch-led film is also a period piece that I don’t think will get good enough reviews to get into Best Picture. However, I can see it possibly getting a runner-up spot at the TIFF People’s Choice Awards and if it does watch out as it may be a major crowdpleaser that get into the slate based on audience support. However, until Toronto happens, I think this is restricted to a Costume Design nod and maybe a Production Design nomination as well.

This is a film that I was predicting in Best Picture just a few days prior to its premiere and while I think that it’s still in the top 15 in that category, the film’s 77% Rotten Tomatoes and 76 Metascore are not as great as I was expecting them to be. Still, the film has some very passionate supporters and the criticisms of it seem like aspects that might actually make it more accessible to AMPAS. Anyway, I definitely do think its essentially locked for an International Feature nod.

A Hero might be one of the biggest question marks for me. It still has a 100% Rotten Tomatoes meaning that everybody believes it to be a good film but it doesn’t seem to be eliciting the kind of passion from critics that I hoped it would. I definitely still think it will be nominated in International Feature but my hopes for it to be nominated in any above-the-line categories like Original Screenplay, Director, or even Picture have to be put on hold until we know how strong Amazon’s campaign for it will be.

Until, this film premiered I was very worried about Will Smith’s chances in Best Actor. Films like Concussion and Collateral Beauty were visibly made with an Oscar nomination in mind yet both were not very well-received and ended up forgotten by nomination morning. I hoped that King Richard would not end up in the same boat and if early reactions are any indication the film has actually exceeded the expectations of many. According to reviews, Will Smith has delivered one of the best performances of his career (‘Moonlight’ director Barry Jenkins said Smith’s performance is up there with his work in ‘Ali’) in a feel-good crowdpleaser that celebrates Black excellence. Some even have it penciled in for a Best Picture nod.

This Maggie Gylenhaal-directed feature has a fantastic cast (Olivia Colman, Jessie Buckley, Dakota Johnson, and Peter Sarsgaard) and has been received very positively so far so why hasn’t it garnered much buzz? Well, it is slightly edgier drama and one of the many films on Netflix’s slate this year. However, if the reviews for this film continue to be stellar then I do see Netflix making a push for the film for its actresses and for a screenplay nomination. Adapted Screenplay seems like the film’s best chance as the film might end up being too small in the actress categories if Netflix doesn’t promote it enough.

As I mentioned in my latest post, The Power of the Dog is easily this season’s closest thing to a surefire lock in the Best Picture nomination race. It’s received fantastic reviews and I would be surprised if it doesn’t rack up any Oscar wins in March. Unless something undeniable emerges later in the season, Jane Campion will likely become the third female Best Director winner. Maybe I’m getting really ahead of myself but I’m just happy that there is a film that I can have confidence in as there are a couple that I had a lot of expectations for and did not really meet those, admittedly high expectations review-wise (Dune, Last Night in Soho, and The Hand of God are some major examples).

As I have said before, the reviews for this film are glowing. Benedict Cumberbatch, Kirsten Dunst, and Kodi Smit-McPhee seem to be the standouts and Plemons might get in as well.

Another film with a seemingly-locked nomination, Spencer’s central performance has been lauded as the best of Kristen Stewart’s career. This Pablo Larrain film, even though it is supposed to be more accessible than the director’s previously-nominated feature ‘Jackie’, doesn’t seem like it will be accessible enough for a Best Picture nomination. It seems to be particularly alienating some British critics who may not be reacting well to the film’s depiction of the royal family (if anything that makes me more intrigued to watch it).