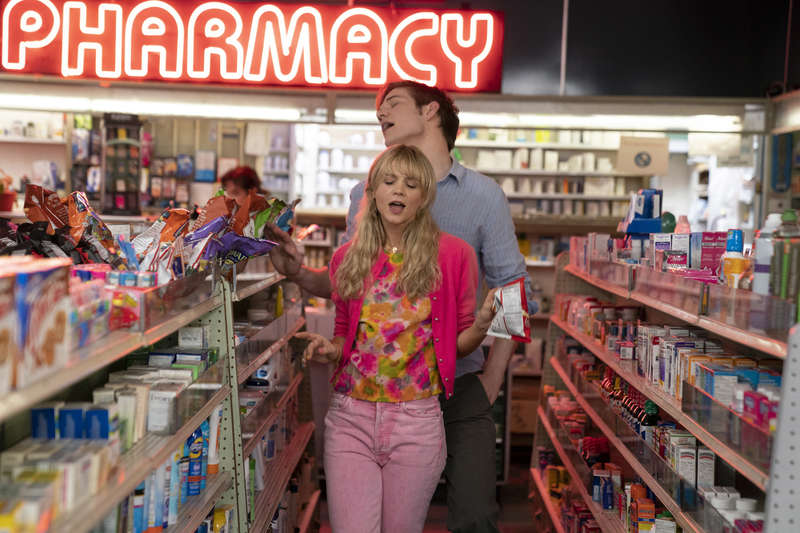 Posted at 21:24h in all editorial posts, All Posts, Lists, News, and Other Editorials by Arman Saxena

NOMINATIONS BY FILM
(2 or more)

Here the biggest snubs were the exclusions of Ma Rainey’s Black Bottom and One Night in Miami, which both received nominations from the PGA and the SAG. I hadn’t predicted The Father getting in but it did and also received nominations in Adapted Screenplay and Editing, which technically makes it a contender for a Best Picture win. Speaking of Best Picture contenders, Nomadland, Promising Young Woman, The Trial of the Chicago 7, Sound of Metal, and the previously-mentioned The Father all received nominations in Screenplay and Editing which are traditional requirements for a Best Picture. However, only the first three have a real chance of winning. Nomadland is still my favorite to win here.

Another interesting to note is that only three films from streamers were nominated (Mank and The Trial of the Chicago 7 for Netflix and Sound of Metal for Amazon), which shows that even in this year where everything was online the Academy is still exercising their bias against streamers. This also is probably one of the reasons behind the exclusions of Ma Rainey’s Black Bottom (Netflix) and One Night in Miami (Amazon).

Thomas Vinterberg got in and Aaron Sorkin was left out. European directors oftentimes get a surprise inclusion here (Pawel Pawilkowski did the same thing two years ago) and Vinterberg continued that trend. And rightfully so as Vinterberg as made some modern classics with The Celebration and The Hunt. This inclusion all but cements the fact that Vinterberg’s Another Round will win Best International Feature Film. Nonetheless, Chloe Zhao will be winning this.

Aaron Sorkin was snubbed here, which doesn’t damage his film’s chances at Best Picture immensely as Green Book director Peter Farrelly wasn’t nominated in this category either, but The Trial of the Chicago 7 now has to win Original Screenplay if it wants to win and it has stiff competition there with Promising Young Woman.

The biggest surprise here was Lakeith Stanfield’s inclusion with his Judas and the Black Messiah costar Daniel Kaluuya. While there is a potential that the two actors may split votes, I still believe that Kaluuya has this one in the bag.

Even after that surprise Golden Globe win, Jodie Foster did not receive an Oscar nomination. The Mauritanian, which was nominated for five BAFTAs, was completely shut out today. Glenn Close, who was nominated for a Golden Raspberry for her performance in Hillbilly Elegy also received an Oscar nomination for that performance (this is the first time that has happened in the 21st century). She actually has a chance to win the Oscar but I don’t think she will due to the Razzie nomination. This is one of those categories where I could see any one of the five ending up as the winner, but if Bakalova wins at SAG she will win it all here as she already has a win at the CCA. Youn Yuh-jung also has a high chance of winning here as the Academy loves Minari but probably has no other place to award the film. Again, SAG is important because I doubt she can win here without winning at SAG first.

Ma Rainey’s Black Bottom was surprisingly snubbed here as well, this time in favor of Borat Subsequent Moviefilm and The White Tiger. The support for Borat here brings me to believe that Maria Bakalova should transcend the fact that here film is a comedy and win in Best Supporting Actress, but I’ll just have to see what happens at SAG.

Promising Young Woman’s inclusion here is great for it and with this nomination it cements itself as a top-3 Best Picture contender along with fellow Editing nominees The Trial of the Chicago 7 and Nomadland.

Most people have The Trial of the Chicago 7 winning here but in at least the last six years, the Editing branch has leaned more towards genre films that are not top-2 Best Picture contenders. So, as a result, Sound of Metal is the film that I think will win here.

All of these films were Best Picture nominees but not top-2 Best Picture contenders, which leads me to believe that Sound of Metal, which fits this criteria, will win this category.

This category loves to award CGI-heavy films with little practical effects so I should have known Love and Monsters would pop in here as opposed to Welcome to Chechnya (which surprisingly missed out in Documentary Feature as well). Tenet will probably win this in the end like Interstellar and inception before it.