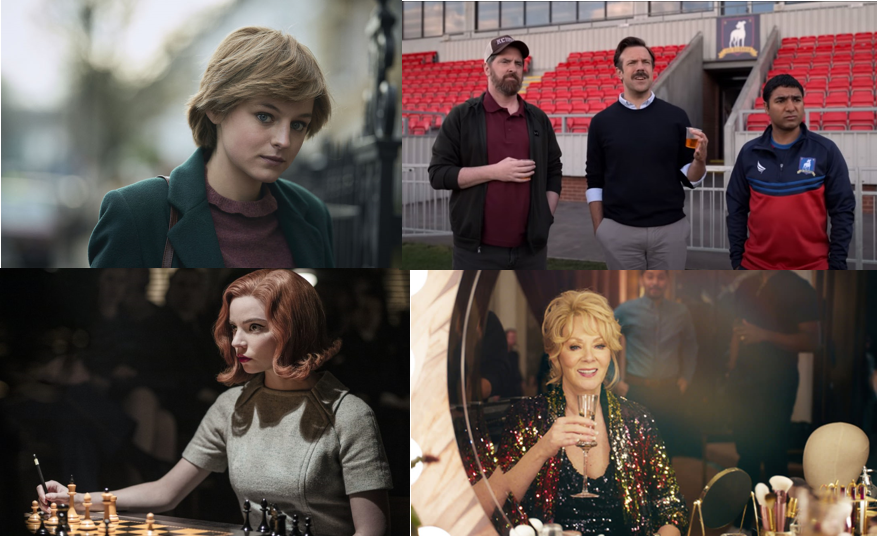 Posted at 17:08h in All Posts, All Predictions, Predictions by Arman Saxena

This category is almost a sure thing though if anything will come close to beating the behemoth that is The Crown it’ll be…actually nothing’s going to beat it here.

BEST ACTOR IN A DRAMA

In the Comedy Lead Acting categories we see a lot of actors winning for repeat performances (I mean Julia Louis-Dreyfus won six years in a row for work on Veep), but that kind of repeat success is a lot less common in the Drama categories especially so many great new prestige dramas coming out every year. As a result, the last winner who had previously won for the same role was Bryan Cranston for Breaking Bad in 2013 (he had previously won in 2010 for playing Walter White). I would look at the precursors but since Pose was a late breaker, Porter and O’Connor have never gone head to head so far. Billy Porter won in 2019 for Pose and while I think there’s a good chance the Academy will want to award him again, I’m going to give it to the first-time nominee O’Connor. The rule in this category is that you’ll win on either your first nomination for a role or on your last, which doesn’t really help as O’Connor has received his first nomination as Prince Charles and Porter is on his last nomination for Pray Tell.

BEST ACTRESS IN A DRAMA

The Academy loves to award relative newcomers in this category and both Emma Corrin and MJ Rodriguez fit that bill. Corrin has been the frontrunner in this category for so long that I doubt Rodriguez could beat her. However, Pose’s last season was beloved my many and it seems like the Academy would want to award at least one of its stars. Colman and Corrin may also split votes and one of Rodriguez or Moss could jump in as a result. But I’m sticking with Corrin.

BEST SUPPORTING ACTOR IN A DRAMA

RIP Michael K. Williams. Williams was already the frontrunner to win this category before his passing and I doubt that that frontrunner status will have changed. Maybe Tobias Menzies will get in if The Crown sweeps but I doubt it.

This is one of the more locked categories of the night and we will most likely see Gillian Anderson on stage Sunday night.

Though episodes from The Handmaid’s Tale or The Mandalorian may seem like more obvious picks for directing, The “Fairytale” episode is the one with Corrin’s now-famous dancing scene as Diana. It’s also the episode that won for cinematography and that award often goes hand in hand with directing (even though those two categories haven’t coincided since 2017).

POTENTIAL UPSET: The Handmaid’s Tale (The Wilderness), The Mandalorian (Chapter 9: The Marshal), or The Crown (War)

Peter Morgan is one of the most respected writers in the industry especially when it comes to the royals and I doubt anyone else can beat him here.

Ted Lasso has this one is in the bag, no question.

BEST ACTOR IN A COMEDY

Another lock, Sudeikis will win.

BEST ACTRESS IN A COMEDY

Jean Smart has had a fantastic year (She’s nominated Limited Series Supporting Actress as well for Mare of Easttown) and I don’t see her not taking this win. Kaley Cuoco maybe could surprise but I don’t really see that happening.

BEST SUPPORTING ACTOR IN A COMEDY

This one’s difficult. There are quite a few standouts from the Ted Lasso cast so there’s a possibility they can split votes. But there’s also a good chance that both Kenan Thompson and Bowen Yang will split votes. I think Brett Goldstein will have the edge in the end but there are a few ways this category can go.

BEST SUPPORTING ACTRESS IN A COMEDY

Even though Hacks has a lot more support in the industry than I think most people realize, Waddingham will not lose this.

The Ted Lasso episodes will definitely split votes here and I do think Hacks will have more support than The Flight Attendant.

PREDICTED WINNER: Hacks (There is No Line)

POTENTIAL UPSET: The Flight Attendant (In Case of Emergency), Ted Lasso (The Hope That Kills You), or Ted Lasso (Biscuits)

The Emmys do prefer Pilot episodes in this category and while Make Rebecca Great Again might be the most popular episode of the show’s first season, I’m going to go with history and pick the pilot. Hacks also has a pilot episode in contention and it does seem like the kind of show that the writing branch would gravitate towards as it does deal with the process of writing comedy. However, Ted Lasso will most likely get very close to sweeping its nominations this year so I’m going to go with them.

This one seems pretty obvious based on The Queen’s Gambit’s success at the Creative Arts Emmys.

POTENTIAL UPSET: I May Destroy You (maybe?)

This is really between Kate Winslet and Anya Taylor-Joy. Taylor-Joy is the face of The Queen’s Gambit which had a massive haul at the Creative Arts Emmys cementing its immense support in the Academy. However, Winslet is one of the most beloved and acclaimed actresses of her generation and she gives one of the best performances of her career in Mare of Easttown and even though The Queen’s Gambit has so much support across the board, Winslet’s performance seems like one that actors especially will gravitate towards. But then again, The Queen’s Gambit could sweep…

While The Undoing underperformed when it came to nominations, I think the Academy could give it to Hugh Grant here. I don’t see Wandavision getting two acting wins and since I have Hahn winning in Supporting Actress, I‘ve got to put either Grant, McGregor, or Odom Jr. here. I think Lin-Manuel Miranda and Leslie Odom Jr. will split votes and McGregor’s Halston was underseen so that leaves Grant and while I’m not confident with him winning, I’ll just keep him in anyway.

Though Hamilton has a lot of love in the Academy as shown by its nomination haul in these acting categories, I don’t think it’ll get any acting wins. I may be projecting my own bias into this but I think Hamilton fever may have died down a little bit. Daveed Diggs was my favorite performer in the cast yet I think Evan Peters will probably win this for his performance in Mare of Easttown

While I think Julianne Nicholson and Jean Smart’s performances are conventionally the kind of performances that the Academy likes to award, I also think that they will split votes and Kathryn Hahn will rise in the end. Still, I could easily see Nicholson winning this.

With the nine Creative Arts Emmys that The Queen’s Gambit won I really don’t see it losing directing as that award often goes to the show that has the most success in the techs. Though Barry Jenkins is easily the most respected director in the bunch, I don’t think enough people saw The Underground Railroad to give him a win here.

POTENTIAL UPSET: The Underground Railroad (it is Barry Jenkins after all)

The Queen’s Gambit has wide support and could take this easily but I don’t see I May Destroy You coming up empty-handed when it was easily one of the most-acclaimed shows of the season and this would be the easiest place for the Academy to award it.

PREDICTED WINNER: I May Destroy You

RuPaul’s Drag Race has won three years in a row and that streak shows no signs of stopping.

While they could give an award for Conan’s last season after over 25 years on the air, I doubt they will diverge from awarding John Oliver

I want Bo Burnham to win this for Inside and it definitely tapped into the zeitgeist when it released. Still, Hamilton received 11 nominations (including 7 acting nominations) to Inside’s 6. Hamilton obviously had support during the nominations period but it’s also true that Inside already won Best Writing for a Variety Special and Best Directing for a Variety Special. But it’s also true that Inside didn’t go up against Hamilton in either of those categories as Hamilton was nominated in Limited Series/TV Movie Directing. I’m running myself in circles at this point but I’m going to choose Hamilton because of those seven acting nominations but I’ll likely be kicking myself come Sunday night.