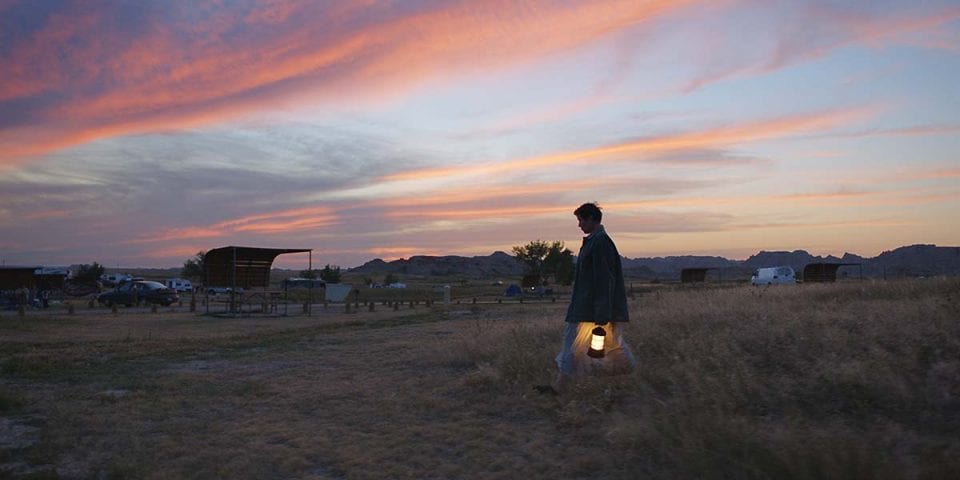 Posted at 20:21h in Lists, News, and Other Editorials, News by Arman Saxena

Chloe Zhao’s Nomadland was named the winner of the Grolsch’s People Choice Award at the Toronto International Film Festival. Regina King’s One Night in Miami and Tracey Deer’s Beans came in second and third place respectively.

Based on these statistics, two of the three winners will likely be nominated for Best Picture. My bets are on Nomadland and One Night in Miami as they are directed by known filmmakers (Chloe Zhao and Regina King), distributed by powerful studios (Searchlight and Amazon), and feature known names in front of the camera. However, if Beans gets picked up by a major distributor, the film’s Oscar chances will significantly rise.

Also, it is important to mention that this year’s festival had a much smaller slate than it usually does and that might affect many of the trends seen with the winners of this award.

In other TIFF news, Florian Zeller’s The Father starring Anthony Hopkins and Olivia Colman continues to get great reviews and while I expected it to get some recognition by the TIFF audience, I still think that it is the race. The trailer looked especially amazing and I am excited for the film to come out.

Ammonite, however, does not seem to be getting as great reviews and while Kate Winslet likely still will be nominated for Best Actress, the film seems to be barely a Top 15 Best Picture contender at this point.

In Venice news, Nomadland also won the Venice Golden Lion, which is the op prize at that film festival. While historically, the award ha snot been very predictive of Oscar success, the last 3 winners (The Shape of Water, Roma, and Joker) have been nominated for Best Picture. While Golden Lion winners have been runner-ups for the TIFF People’s Choice Award (Monsoon Wedding, Brokeback Mountain), this is the first time that the winner of the Golden Lion has also won the TIFF People’s Choice Award. While this is likely due to the slimmed slate at these festivals, it is a fact that solidifies Nomadland’s place as a top 5 Best Picture contender.