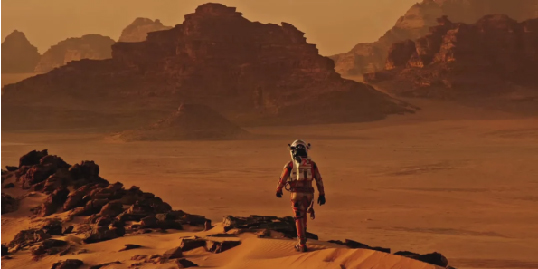 Posted at 07:22h in Lists by Awards Insights

Let’s start off the new year by continuing the Greatest Films of the 2010s. Here’s to countless more amazing films in the decade to come!

During a manned mission to Mars, Astronaut Mark Watney (Matt Damon) is presumed dead after a fierce storm and left behind by his crew. But Watney has survived and finds himself stranded and alone on the hostile planet. With only meager supplies, he must draw upon his ingenuity, wit and spirit to subsist and find a way to signal to Earth that he is alive. Millions of miles away, NASA and a team of international scientists work tirelessly to bring “the Martian” home, while his crewmates concurrently plot a daring, if not impossible rescue mission. As these stories of incredible bravery unfold, the world comes together to root for Watney’s safe return. (20th Century Fox)

In a city of anthropomorphic animals, a rookie bunny cop (Ginnifer Goodwin) and a cynical con artist fox (Jason Bateman) must work together to uncover a conspiracy. (IMDb)

“The LEGO (R) Movie” is the first-ever, full-length theatrical LEGO (R) adventure. The original 3D computer animated story follows Emmet (Chris Pratt) an ordinary, rules- following, perfectly average LEGO minifigure who is mistakenly identified as the most extraordinary person and the key to saving the world. He is drafted into a fellowship of strangers on an epic quest to stop an evil tyrant, a journey for which Emmet is hopelessly and hilariously underprepared. (Warner Bros)

Based on true events, Argo chronicles the life-or-death covert operation to rescue six Americans, which unfolded behind the scenes of the Iran hostage crisis-the truth of which was unknown by the public for decades. On November 4, 1979, as the Iranian revolution reaches its boiling point, militants storm the U.S. embassy in Tehran, taking 52 Americans hostage. But, in the midst of the chaos, six Americans manage to slip away and find refuge in the home of the Canadian ambassador. Knowing it is only a matter of time before the six are found out and likely killed, a CIA “exfiltration” specialist named Tony Mendez (Ben Affleck) comes up with a risky plan to get them safely out of the country. A plan so incredible, it could only happen in the movies. (Warner Bros.)

An aging, booze-addled father (Bruce Dern) makes the trip from Montana to Nebraska with his estranged son (Will Forte) in order to claim a million-dollar Mega Sweepstakes Marketing prize. (IMDb)

Texas brothers–Toby (Chris Pine), and Tanner (Ben Foster), come together after years divided to rob branches of the bank threatening to foreclose on their family land. For them, the hold-ups are just part of a last-ditch scheme to take back a future that seemed to have been stolen from under them. Justice seems to be theirs, until they find themselves on the radar of Texas Ranger, Marcus (Jeff Bridges) looking for one last grand pursuit on the eve of his retirement, and his half-Comanche partner, Alberto (Gil Birmingham). As the brothers plot a final bank heist to complete their scheme, and with the Rangers on their heels, a showdown looms at the crossroads where the values of the Old and New West murderously collide. (Rotten Tomatoes)

When mysterious spacecraft touch down across the globe, an elite team–lead by expert linguist Louise Banks (Amy Adams)–are brought together to investigate. As mankind teeters on the verge of global war, Banks and the team race against time for answers–and to find them, she will take a chance that could threaten her life, and quite possibly humanity. (Rotten Tomatoes)

Set on an island off the coast of New England in the summer of 1965, Moonrise Kingdom tells the story of two twelve-year-olds (Kara Hayward and Jared Gilman) who fall in love, make a secret pact, and run away together into the wilderness. As various authorities try to hunt them down, a violent storm is brewing off-shore — and the peaceful island community is turned upside down in more ways than anyone can handle.  (Focus Features)

Christine “Lady Bird” McPherson (Saoirse Ronan) fights against but is exactly like her wildly loving, deeply opinionated and strong-willed mom (Laurie Metcalf), a nurse working tirelessly to keep her family afloat after Lady Bird’s father (Tracy Letts) loses his job. Set in Sacramento, California in 2002, amidst a rapidly shifting American economic landscape, Lady Bird is an affecting look at the relationships that shape us, the beliefs that define us, and the unmatched beauty of a place called home. (Rotten Tomatoes)

Paddington (Ben Whishaw) is happily settled with the Brown family in Windsor Gardens, where he has become a popular member of the community, spreading joy and marmalade wherever he goes. While searching for the perfect present for his beloved Aunt Lucy’s (Imelda Staunton’s) 100th birthday, Paddington spots a unique pop-up book in Mr. Gruber’s antique shop, and embarks upon a series of odd jobs to buy it. But when the book is stolen, it’s up to Paddington and the Browns to unmask the thief. (StudioCanal)

A 20-something supervising staff member (Brie Larson) of a residential treatment facility navigates the troubled waters of that world alongside her co-worker and longtime boyfriend (John Gallagher Jr.). (IMDb)

Set over one summer, the film follows precocious six-year-old Moonee (Brooklynn Prince) as she courts mischief and adventure with her ragtag playmates and bonds with her rebellious but caring mother (Bria Vinaite), all while living in the shadows of Walt Disney World. (A24)

This biographical crime thriller follows Frank Sheeran (Robert De Niro) as he recalls his past years working for the Bufalino crime family. Now older, the WWII veteran once again reflects on his most prolific hits and, in particular, considers his involvement with his good friend Jimmy Hoffa’s (Al Pacino) disappearance in 1975. (Rotten Tomatoes)

Now that Chris (Daniel Kaluuya) and his girlfriend, Rose (Allison Williams), have reached the meet-the-parents milestone of dating, she invites him for a weekend getaway upstate with Missy (Catherine Keener) and Dean (Bradley Whitford). At first, Chris reads the family’s overly accommodating behavior as nervous attempts to deal with their daughter’s interracial relationship, but as the weekend progresses, a series of increasingly disturbing discoveries lead him to a truth that he could have never imagined. (Rotten Tomatoes)

After the death of his father King George V (Michael Gambon) and the scandalous abdication of King Edward VIII (Guy Pearce), Bertie (Colin Firth) who has suffered from a debilitating speech impediment all his life, is suddenly crowned King George VI of England. With his country on the brink of war and in desperate need of a leader, his wife, Elizabeth (Helena Bonham Carter), the future Queen Mother, arranges for her husband to see an eccentric speech therapist, Lionel Logue (Geoffrey Rush). After a rough start, the two delve into an unorthodox course of treatment and eventually form an unbreakable bond. With the support of Logue, his family, his government and Winston Churchill (Timothy Spall), the King will overcome his stammer and deliver a radio-address that inspires his people and unites them in battle. (The Weinstein Company)

Despite his family’s baffling generations-old ban on music, Miguel (Anthony Gonzalez) dreams of becoming an accomplished musician like his idol, Ernesto de la Cruz (Benjamin Bratt). Desperate to prove his talent, Miguel finds himself in the stunning and colorful Land of the Dead following a mysterious chain of events. Along the way, he meets charming trickster Hector (Gael Garcia Bernal), and together, they set off on an extraordinary journey to unlock the real story behind Miguel’s family history. (Disney/Pixar)

1930s Korea, in the period of Japanese occupation, a new girl, Sookee (Kim Tae-Ri), is hired as a handmaiden to a Japanese heiress, Hideko (Kim Min-Hee), who lives a secluded life on a large countryside estate with her domineering Uncle (Cho Jin-Woong). But the maid has a secret. She is a pickpocket recruited by a swindler posing as a Japanese Count to help him seduce the Lady to elope with him, rob her of her fortune, and lock her up in a madhouse. The plan seems to proceed according to plan until Sookee and Hideko discover some unexpected emotions. (CJ Entertainment)

Set in the South two years before the Civil War, Django Unchained stars Jamie Foxx as Django, a slave whose brutal history with his former owners lands him face-to-face with German-born bounty hunter Dr. King Schultz (Christoph Waltz). Schultz is on the trail of the murderous Brittle brothers, and only Django can lead him to his bounty. Honing vital hunting skills, Django remains focused on one goal: finding and rescuing Broomhilda (Kerry Washington), the wife he lost to the slave trade long ago. Django and Schultz’s search ultimately leads them to Calvin Candie (Leonardo DiCaprio), the proprietor of “Candyland,” an infamous plantation. Exploring the compound under false pretenses, Django and Schultz arouse the suspicion of Stephen (Samuel L. Jackson), Candie’s trusted house slave. (The Weinstein Company)

A year in the life of a middle-class family’s maid (Yalitza Aparicio) in Mexico City in the early 1970s. (IMDb)

ROMA is Alfonso Cuaron’s semi-autobiographical take on life in 1970s Mexico in the midst of political and domestic upheaval.

Condemned to six years in prison, Malik El Djebena (Tahar Rahim), part Arab, part Corsican, cannot read or write. Arriving at the jail entirely alone, he appears younger and more fragile than the other convicts. He is 19 years old. Cornered by the leader of the Corsican gang (Niels Arestrup) currently ruling the prison, he is given a number of “missions” to carry out, toughening him up and gaining the gang leader’s confidence in the process. Malik is a fast learner and rises up the prison ranks, all the while secretly devising his own plans. (Rotten Tomatoes)

THE GRAND BUDAPEST HOTEL recounts the adventures of Gustave H (Ralph Fiennes), a legendary concierge at a famous European hotel between the wars, and Zero Moustafa (Tony Revolori), the lobby boy who becomes his most trusted friend. The story involves the theft and recovery of a priceless Renaissance painting and the battle for an enormous family fortune — all against the back-drop of a suddenly and dramatically changing Continent. (Fox Searchlight)

Hollywood 1927. George Valentin (Jean Dujardin) is a silent movie superstar. The advent of the talkies will sound the death knell for his career and see him fall into oblivion. For young extra Peppy Miller (Berenice Bejo), it seems the sky’s the limit – major movie stardom awaits. The Artist tells the story of their interlinked destinies. (The Weinstein Company)

A woman of unknown origin (Scarlett Johansson) combs the highways in search of isolated or forsaken men, luring a succession of lost souls into an otherworldly lair. They are seduced, stripped of their humanity, and never heard from again. (Rotten Tomatoes)