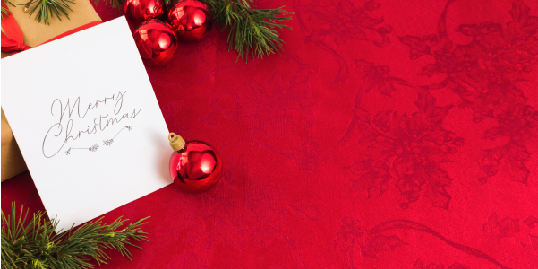 Posted at 00:00h in Oscar by Awards Insights

Here is my Christmas present to you all:

Like in Best Picture, The Irishman, Parasite, and Once Upon a Time in Hollywood all have a very realistic chance of winning Best Director. Martin Scorsese recently said that The Irishman could be his last film and the Academy could award one of the greatest directors of all time a second Best Director prize (after his long-awaited one for The Departed) to close off his career. Quentin Tarantino has maintained for years that it’s his plan to make 10 original films and Once Upon a Time in Hollywood would be his 9th. Quentin Tarantino is also one of the foremost directors of the modern era and he has never won a Best Director Oscar (He has won 2 Oscars for Best Original Screenplay for Pulp Fiction and Django Unchained).

Finally, Bong Joon-Ho has in many opinions, the best film of the year and a film that could easily factor into the top 10 of many-a-critic’s best-of-decade lists. Parasite has a lot of love and could very realistically win Best Picture, but it could follow in the footsteps of Roma and lose out on that coveted award while still winning Best Director. Out of the last 10 Best Director winners, 7 of them have been from non-English-speaking countries, while only 3 of these 7 directors’ films went on to win Best Picture. As of right now, Bong Joon-Ho and Parasite are likely to continue this trend. The other spots are mostly locked for Mendes and Baumbach

Adam Driver and Joaquin Phoenix are the only actors that are secure for a nomination with both having a chance for a win. The other 3 spots could be filled by any 8 actors that all have a realistic chance of jumping into the fray. But there really are 5 other actors that could jump into the list: Leonardo DiCaprio, Antonio Banderas, Christian Bale, Taron Egerton, and Eddie Murphy. I also don’t think Christian Bale and Taron Egerton can be on the same ballot nor can Antonio Banderas and Eddie Murphy. The latter is because of the unfortunate “diversity pick”. Hopefully, this will change as the Academy is becoming more diverse but historically there is usually only one non-White performer in an acting category.

With the lackluster performance of Little Women so far this awards season, Saoirse Ronan drops out of the 5, while Lupita Nyong’o, the critics’ leader in the Best Actress race, comes in. While there is an obvious stigma against the horror genre, case in point Toni Colette not getting an Oscar nomination even though she was last year’s Best Actress critics leader for her role in Hereditary, Nyong’o has received a SAG nomination which is already better than Colette. Still, if Nyong’o suffers genre bias, Ronan will probably enter the final five.

Could Jump In: Saoirse Ronan – Little Women, Awkwafina – The Farewell

With the SAG ensemble nomination for Parasite, one of this film’s actors should get a nomination. Since he is his film’s only performer getting palpable recognition from various critics’ groups, Song Kang-Ho leaps into the race. Anthony Hopkins drops due to his film’s lack of momentum in the awards race and because the four other performers in the Best Supporting Actor race have nominations from the Golden Globes, Critics Choice, and the Screen Actors Guild awards bodies, while Hopkins only has mentions from the former two. Brad Pitt is essentially a sure shot to win this award; he has never won an acting Oscar, he is a certifiable A-List movie star, and the critics’ leader in this category. Unless something absolutely ludicrous occurs, Pitt should be receiving a golden statue.

Tom Hanks – A Beautiful Day in the Nieghborhood

Laura Dern should win this category with Jennifer Lopez her only realistic challenger at this point in the race. Even though The Farewell’s Oscar prospects seem to be diminishing, Zhao Shuzhen is sticking in the race for me. The Academy is becoming more diverse and that should help her attain a much-deserved nomination that might’ve not been hers 5, 10 years ago. With a SAG ensemble nomination for Jojo Rabbit, there should be an acting nomination for one of its wonderful cast members, but both Scarlett Johansson and Thomasin McKenzie delivered amazing performances in that film, which could cause splitting of votes. In the end, BAFTA historically provides the last piece of the puzzle, especially in this race.

Any of these top 3 could win this award come Oscar night, but I believe that it really will come down to Marriage Story and Parasite. Marriage Story and Parasite are both battling out for the lead choice among the critics’ associations and both could translate into an Oscar win. Marriage Story has a better chance as an English-language film, but there is precedent for a foreign-language film winning Best Original Screenplay, Pedro Almodovar’s Talk to Her was the only such winner this century. However, when there is an international film that is an all-timer, it has almost always been nominated for Best Original Screenplay (see: Amour and A Separation). Onto the other contenders, if Bombshell becomes a major contender we should see Charles Randolph’s (Oscar winner for The Big Short) script get nominated as well. Nevertheless, this lineup seems pretty rigid.

Could Jump In: Bombshell, Uncut Gems, Pain and Glory

This category’s nominations are pretty much locked, unless A Beautiful Day in the Neighborhood makes a surprise Best Picture run, but other than that moderately unlikely occurrence these are the films that should get nominated.

Could Jump In: A Beautiful Day in the Neighborhood

My picks here have stayed the same for a couple of months now, just a few changes in the order have been done.

How to Train Your Dragon: The Hidden World

Could Jump In: Klaus, Weathering With You

While there is a case for the placement of Star Wars: The Rise of Skywalker here, the film’s middling reviews (that I don’t entirely agree with) probably keep it from getting any more than the Sound categories, Visual Effects, and Original Score for John Williams. The Academy also has an affinity for period films in this category, which is an umbrella that Once Upon a Time in Hollywood, 1917, The Irishman, and Jojo Rabbit fall under. If Little Women has a late-breaking resurgence, which I think it will have, it will probably replace Jojo Rabbit in this category.

Could Jump In: Star Wars: The Rise of Skywalker, Little Women, Joker, The Two Popes

Roger Deakins could deservedly win Best Cinematography for the work shown in the 1917 trailer alone and he probably will win his 2ndOscar for shooting the “one-take” war film. Ford v Ferrari and Portrait of a Lady on Fire both have a chance to jump in.

Could Jump In: Portrait of a Lady on Fire, Ford v Ferrari, Parasite, A Hidden Life

This is likely what the lineup will be with Once Upon a Time in Hollywood winning it easily.

Could Jump In: The Irishman, Jojo Rabbit, Judy

For a film to win Best Picture it has to be nominated here. The only time that wasn’t the case is with Birdman which was made to look like it wasn’t cut. War films usually do well in this category, but, like Birdman, this year’s war picture 1917 is made to look like it was all shot in one take. All the other films, excluding Ford v Ferrari, are top-tier Best Picture contenders that need a nomination in this category to cross the finish line on Oscar night.

Joker might fall out of this due to the only special makeup and hairstyling being on the title character, but if the Academy goes by past trends it will get the nomination.

Could Jump In: Downtown Abbey, Once Upon a Time in Hollywood, Maleficent: Mistress of Evil

An Oscar season’s war movie often gets the win in Sound Mixing (see: Hacksaw Ridge and Dunkirk), so I have 1917 winning. Musically-themed movies also do well in this category (see: Whiplash and Bohemian Rhapsody), so I have Rocketman getting a nomination.

Could Jump In: Joker, Avengers: Endgame, Ad Astra, The Irishman

War films and action films also do well in this category, so 1917 and Ford v Ferrari should be neck and neck here.

Could Jump In: Avengers: Endgame, Ad Astra, Rocketman, The Irishman

The Academy always seems to ignore the film with the enormous box office output in favor of the more “serious”, critically-acclaimed film. This year that film would seem to be The Irishman, however that film’s de-aging effects haven’t been universally praised and that might turn-off some voters. The Jungle Book won here 3 years ago and The Lion King could follow in its footsteps. I think that fans of big-budget blockbusters in the Academy could split between Endgame and The Rise of Skywalker, which could open the path for The Lion King to take this prize. While 1917 seems to be poised for a nomination, Alita: Battle Angel should get in for the narrative that it has “groundbreaking” visual effects, the same could happen for Gemini Man.

Thomas Newman has to win! He has had 14 nominations without any wins and his score for 1917 has been getting a lot of positive attention, so he has a real chance. All the other scores seem to be mostly secure. Nevertheless, this category is extremely prone to surprises (The “First Man getting SNUBBED last year” kind of surprises).

Could Jump In: Ford v Ferrari, Us, Motherless Brooklyn

The Lion King and Breakthrough (I’m not going to do a “Breakthrough breaking into” pun, you’re safe) could easily penetrate this lineup with Toy Story 4 and Wild Rose both susceptible to being dropped.

Could Jump In: The Lion King, Breakthrough, Aladdin

Maiden, The Biggest Little Farm, and The Cave could all break into the fray with all of these films, even Apollo 11, in danger of dropping out. This category is extremely unpredictable with perceived unbeatable frontrunners, such as last year’s Won’t You Be My Neighbor, not even getting a nomination.

Could Jump In: Maiden, The Biggest Little Farm, The Cave, Midnight Family

I don’t think anybody realistically thinks that Parasite is going to lose out on this prize, unless they believe this scenario will occur. Oscar voters vote for dark horse contenders because they believe all the other voters are going to choose Parasite.

Could Jump In: Corpus Christi, The Painted Bird, Honeyland, Truth and Justice, Those Who Remained