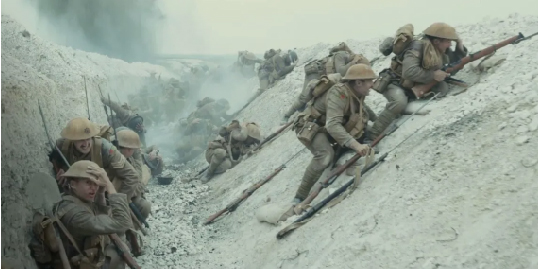 Posted at 07:00h in Oscar by Awards Insights

This year’s Critics Choice nominations are: 1917, Ford v Ferrari, Jojo Rabbit, Joker, Little Women, Marriage Story, Once Upon a Time in Hollywood, Parasite, The Irishman, Uncut Gems. So based on their track record 7 or 8 of these films will be nominated for Best Picture. Now, if you look at the pattern there is usually that one film that breaks into Best Picture that wasn’t nominated for a Critics Choice award. Last year it was Bohemian Rhapsody that got in due to its great Golden Globe performance, spectacular $900 million box office for a “serious” film, and a SAG Cast Nomination. The year before it was Phantom Thread, which got in due to it being a critical favorite, its quality per-theater-average concerning box office, the narrative that it was the swan song of legendary 3-time Oscar winner Daniel Day-Lewis, and its performance in certain critics’ awards including its inclusion in the National Board of Review’s Top Films. In 2017, Hidden Figures was this lucky film and it got in on its great box office, SAG Cast Nomination, and inclusion in NBR’s Top Films.

With all of this in mind it seems that all a film needs to get into Oscar Best Picture, if it hasn’t already been nominated for a Critics Choice Best Picture award, is box office success and success at a major precursor. Now the major contenders that weren’t nominated for a Critics Choice Award this year are: Bombshell, The Farewell, Richard Jewell, and The Two Popes.

Bombshell hasn’t released yet, but it received a SAG Cast nomination and 3 other nominations from SAG. It seems to be somewhat like last year’s Best Picture nominee Vice in the sense that it is a real-life political story with OK-to-good reviews and performances that are getting recognition (Vice received Oscar nominations for Christian Bale, Amy Adams, and Sam Rockwell).

The Farewell had box office success this summer on the indie circuit even though the film was mostly in Mandarin and the cast was full of relative unknowns, excluding Awkwafina. The film has seen success at various precursors but not at the volume I believe that it needs to be a Best Picture nominee. It still has to cross the barrier of it being a mostly-Mandarin film and even more there is already an East Asian-centric film (Parasite) that has a better chance of getting a Best Picture nomination (and maybe a win?). Knowing the Academy’s past track record with international releases it isn’t likely that two foreign-language films fill be on the Best Picture lineup, and it is less likely that two great works of Asian cinema will be featured on the same lineup. But I hope it happens, because The Farewell dfinitely deserves a nomination.

Now onto Richard Jewell. This film broke into the Oscar race when it won 2 National Board of Review awards and was included into NBR’s Top 10 Films list. However, it hasn’t done very much since then other than a surprise Supporting Actress nomination at the Golden Globes for Kathy Bates (which I predicted!, sorry 🙂 ). Coupled with its disappointing opening weekend box office performance, I don’t see the film getting a nomination at the Oscars other than maybe one for Kathy Bates.

Lastly, The Two Popes. I had this film about the Catholic Church in the thick of the Oscar race until late November when it failed to nab a position in the NBR or AFI Top 10 lists. Then it continued going down with its failure to get a Critics Choice nomination for Best Picture, but it has rebounded somewhat with a Best Film-Drama nomination at the Golden Globes. If the film wins any of the awards it is nominated for at the Golden Globes it will probably gain a Best Picture nomination, but both are not likely as of right now.

Now, all of this comes together to form my Best Picture predictions for today. I have to say that 3 films, The Irishman, Once Upon a Time in Hollywood, and Parasite, all have an extremely realistic chance of winning Best Picture.

Nevertheless, here are the predictions!

Could Jump in: Little Women, The Farewell, The Two Popes, Richard Jewell