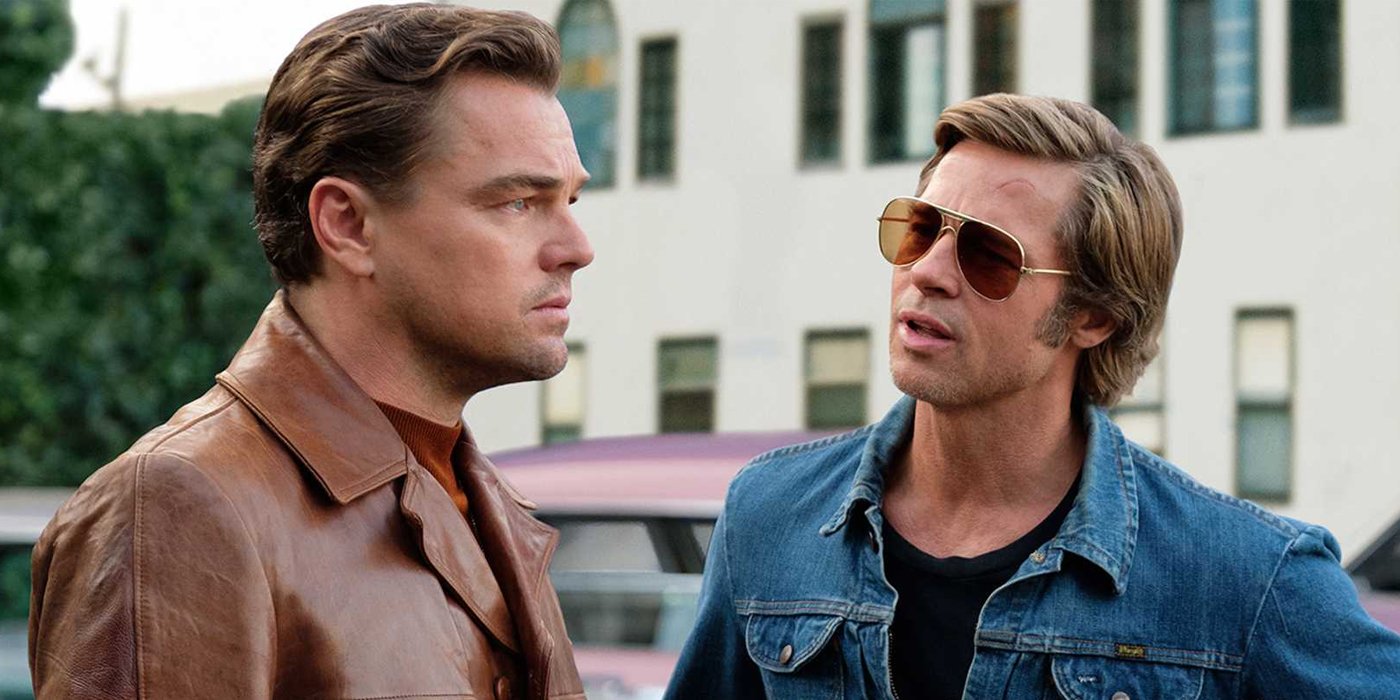 Posted at 05:38h in All Predictions, Oscar by Arman Saxena

The time has come. After months of speculation the Oscar nominations will be released on Monday.

Here are my predictions:

Could Jump In: The Two Popes, The Farewell, Knives Out, Bombshell

Once Upon a Time in Hollywood, Parasite, The Irishman, 1917, Marriage Story, Joker, Jojo Rabbit, Little Women, and Ford v Ferrari are the films that got both Critics’ Choice and Producers Guild nominations. In the past 4 years, only two films have not received a Best Picture nomination after getting those two notices, The Big Sick and Sicario. The Big Sick was mainly a comedy and the Academy does have a bias against that genre of film. Sicario was an action-thriller and would have probably been nominated if Mad Max: Fury Road, the superior action-thriller, had not been released in the same year.

Little Women received enough support from BAFTA and a PGA nomination showing that it has enough support to get a nomination. Now, Ford v Ferrari is in the 9th spot and I believe it could get realistically switched out with The Two Popes. The Two Popes seems like a film that Oscar voters loved and that could push it into the field. However, Ford v Ferrari got both a Critics Choice nomination and a PGA nomination so its support seems widespread. Also, if The Two Popes were to receive a Best Picture nomination it would be the third Netflix film to do so this year. And streaming-bias is still very much alive among the Hollywood elite so this outcome is unlikely.

Bong Joon-Ho, Quentin Tarantino, Sam Mendes, and Martin Scorsese seem to be guaranteed a spot in this field because of their nominations at most major awards precursor, but there is a chance that one of them (I think Scorsese) might be snubbed.

Little Women has received the support it has needed at the correct time and because of that, Gerwig could deservedly get her second Best Director nomination (Becoming the first woman ever to do that). The Academy has undoubtedly heard the public outcry over the lack of female directors and will hopefully respond by acknowledging this great film and its great director. Todd Phillips seems like the more obvious choice to take the 5th spot in this race, but his lack of a Directors Guild nomination coupled with the Academy likely viewing him as a comedy director (as they did with Peter Farrelly who did not get nominated in Best Director even though his film Green Book eventually won Best Picture) might keep on the sidelines for this race.

Adam Driver, Joaquin Phoenix, and Leonardo DiCaprio have all received nominations from BAFTA, Critics’ Choice, and the Screen Actors Guild, but while Driver and Phoenix seem very secure, DiCaprio’s lack of success at the Golden Globes makes him very snubbable.

Taron Egerton had the perfect push at the perfect time with his Golden Globe award and BAFTA nomination and seems to be mostly secured in the race. Antonio Banderas, however, has not found the same success at the major awards as he has only a Golden Globe and Critics’ Choice nomination, but his beautiful performance should be able to carry its weight into this category. There is usually one actor who gets nominated for the SAG award and not the Oscar and that seems to be Christian Bale, who did not get the BAFTA nomination that would have secured his place in the race. The person who did get that BAFTA nom was Jonathan Pryce who could get be a spoiler come Monday.

Could Jump In: Lupita Nyong’o – Us, Awkwafina – The Farewell

Renee Zellweger, ScarJo, and Charlize Theron all received BAFTA, SAG, Golden Globe, and Critics’ Choice award nominations. Erivo and Ronan each missed one of those (Erivo missed BAFTA and Ronan missed SAG) making them vulnerable for their spots to be taken by Nyong’o who has been racking up second-tier precursor awards left and right. But the fact that Nyong’o’s performance is in a horror movie that she will likely be the sole nomination of diminishes her chances.

Tom Hanks – A Beautiful Day in the Neighborhood

Brad Pitt, Joe Pesci, Al Pacino, and Tom Hanks have all received the Big 4 Oscar precursors (BAFTA, SAG, Golden Globe, and Critics’ Choice), but Tom Hanks has had similar scenarios play out with him failing getting an Oscar nomination (Case in point his performances in Saving Mr. Banks, Captain Phillips, which was an especially egregious omission, and Sully).

Parasite is getting so much love from both film critics and movie buffs alike. Song Kang-Ho should be able to ride that wave of support on his way to a nomination, but if he doesn’t, look for Anthony Hopkins to earn a spot. Hopkins has nabbed three (BAFTA, Critics’ Choice, and Golden Globes) of the Big 4 precursors, while Song has 0.

Could Jump In: Zhao Shuzhen – The Farewell

Laura Dern and Margot Robbie are the two actresses with the Big 4 precursors in this category and are secure for nominations. Jennifer Lopez didn’t get BAFTA but that was likely a major outlier, so she should be secure as well. Scarlett Johansson and Florence Pugh each received two of the Big 4 precursors, but Zhao Shuzhen could get in for the kind of performance that the Academy loves. If Johansson gets a nomination here and in Best Actress she would be the first actor to get a nomination in two categories since Cate Blanchett at the 2008 Oscars, which would be the Oscars way of saying sorry for not nominating her for anything, ever (even Lost in Translation!).

Could Jump In: Booksmart, The Farewell

Marriage Story and Parasite have received all Big 4 writing precursors (BAFTA, Critics’ Choice, Golden Globes, and Writers’ Guild of America (WGA)) and Once Upon a Time in Hollywood would have most likely hit the WGA if Quentin Tarantino was a member of the Writers’ Guild.

Where it gets confusing is the last two spots, Knives Out, 1917, Booksmart, or The Farewell could take these two spots. Knives Out seems more likely than the others as it is an on-the-bubble Best Picture nomination contender where the script is an enormous part of the film’s appeal (I think Knives Out is great, by the way). Now for the last spot, I decided to choose the film with the best Best Picture chances which was 1917. While 1917 is a war film and that genre of film does not usually get screenplay nominations (see: Dunkirk and Hacksaw Ridge), it got a WGA nomination. Booksmart got both a WGA nomination and a BAFTA nomination so it would probably get an Oscar original screenplay nomination as well if it wasn’t for its lackluster box office performance and lack of presence whatsoever in the Best Picture race. People are pointing to Bridesmaids as a female-fronted comedy that got an original screenplay nomination at the Oscars, but that film had some exposure in the Best Picture conversation (It got both a SAG and PGA nomination), which Booksmart does not. The Farewell could get in as a spoiler, but just doesn’t seem to have enough people talking about it.

Could Jump In: A Beautiful Day in the Neighborhood

This is one of the most secure categories at the Oscars this year. However, A Beautiful Day in the Neighborhood still has a chance to shock.

How to Train Your Dragon: The Hidden World

Could Jump In: Klaus, Abominable

This is pretty much locked, but Klaus or Abominable could replace I Lost My Body or How To Train Your Dragon: The Hidden World.

Could Jump In: Parasite, Little Women

I could see Jojo Rabbit or Joker dropping out to make way for Parasite. Even though Parasite is set in a contemporary time period, which could be detrimental in this category, a whole village was created for the film.

Could Jump In: The Lighthouse, Parasite, Portrait of a Lady on Fire

I really want to put The Lighthouse in the top 5, but all of the other films that have done amazing at the cinematography precursors are legitimate Best Picture nomination contenders. I also don’t think the Oscars believe that they have to give The Lighthouse a nomination here. The last two times Best Cinematography was a film’s only Oscar nomination were the films Prisoners and Silence. The former was because Prisoners was shot by the GOAT Roger Deakins and the latter was because Silence was directed by Martin Scorsese and Best Cinematography was the best place to give it a nomination.

Could Jump In: The Irishman, Downtown Abbey

This is a mostly fixed category with The Irishman’s Sandy Powell (3-time Oscar winner) poised for an upset.

If a movie wants to win Best Picture they have to have a nomination here (unless you are 1917 in which case you don’t have to because 1917 was made to look like it wasn’t edited). Jojo Rabbit could get a nomination instead of Parasite or Joker.

Could Jump In: Maleficent: Mistress of Evil, Downtown Abbey, Once Upon a Time in Hollywood

This is the first year that this category is five nominations (it has been three nominations most years) and with that change comes a different kind of uncertainty that we don’t have in any other category. We don’t have a full idea of what this branch likes and doesn’t like.

Could Jump In: Star Wars: The Rise of Skywalker, The Irishman, Avengers: Endgame

Star Wars: The Rise of Skywalker could jump in pretty easily here and it would have if there weren’t so many movies in the Best Picture conversation in this category.

Could Jump In: Avengers: Endgame, Rocketman

The real question in many of these technical categories is whether The Academy will lean more toward Star Wars: The Rise of Skywalker or Avengers: Endgame.

Like I said before they could knock out either Star Wars or Avengers. Alita has a good chance of taking 1917’s 5th spot.

Could Jump In: Jojo Rabbit

This category also seems pretty much locked with Jojo Rabbit, Us, or Pain and Glory maybe making a move into the fray.

The first four have all been nominated for a Critics’ Choice and Golden Globe award. Wild Rose seems like it can be that less-known that everybody is looking up on Monday.

Could Jump In: Maiden, The Biggest Little Farm

I’ve seen that many other pundits have been saying that Apollo 11 could get snubbed like Won’t You Be My Neighbor (last year’s frontrunner) did last year. I’m not predicting that, but I can see it happening.

Could Jump In: Beanpole, Corpus Christi

The Physics of Sorrow

Could Jump In: Daughter, Sister, Memorable

Learning To Skateboard in a Warzone (If You’re A Girl)

Could Jump In: Walk Run Cha-Cha, After Maria, Life Overtakes Me, The Nightcrawlers

Could Jump In: A Sister, Miller and Son