PGA Preview: 'The Power of the Dog' Should Continue Rolling and Can 'Mitchells' Beat 'Encanto'? | Awards Insights
16844
post-template-default,single,single-post,postid-16844,single-format-standard,qode-quick-links-1.0,ajax_fade,page_not_loaded,,qode-theme-ver-11.0,qode-theme-bridge,wpb-js-composer js-comp-ver-5.1.1,vc_responsive

PGA Preview: ‘The Power of the Dog’ Should Continue Rolling and Can ‘Mitchells’ Beat ‘Encanto’? 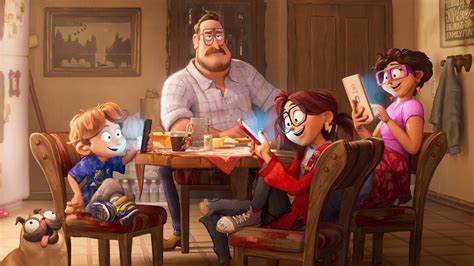 19 Mar PGA Preview: ‘The Power of the Dog’ Should Continue Rolling and Can ‘Mitchells’ Beat ‘Encanto’?

Posted at 01:51h in all editorial posts, All Posts, Lists, News, and Other Editorials by Arman Saxena

The Producers Guild Awards are tomorrow and are the last piece of the puzzle in the Best Picture, Best Animated Feature, and Best Documentary Feature races. Here is a preview of what will most likely be in store and what that means for the Oscars.

The Power of the Dog has already won at the Golden Globes, the Critics’ Choice Awards, the Directors Guild Awards, and at BAFTA. To win Best Picture, a film needs at least one of PGA, SAG, and WGA. CODA got SAG and The Power of the Dog isn’t eligible for WGA, so in my eyes, it needs PGA for me to be confident about predicting it. If anything other than ‘Dog’ wins here, we have an actual race on our hands, but otherwise, we will almost undoubtedly be seeing Campion’s film take Best Picture on the 27th.

Encanto has won the Golden Globe while The Mitchells vs. the Machines won both the Critics Choice award and the Annie award. Since Inside Out in 2015, every winner in this category has won both a CCA and a PGA. So if ‘Mitchells’ achieves that feat, I’ll gladly be predicting it as my winner. However, Encanto is easily the animated film with the most love from the general public and that fact alone could propel it to victory here at PGA and at the Oscars. Flee still has a chance but it wasn’t nominated at PGA and as it only has an Annie for best Indie film under its belt, I don’t think its chances are very high. Though I will maintain that if more people saw Flee, it would easily win as it’s both beautifully animated and the most emotionally resonant film of the bunch.

I had predicted Summer of Soul missing out on a Documentary nomination due to the Doc branch’s infamous snubbing of films composed of mostly archival footage. However, now that Questlove’s film is nominated, and the whole Academy is selecting the winner, Summer of Soul should have an easy path to victory as it’s the doc with the most visibility and acclaim. Flee has a chance, but its lack of a DGA nod is troubling and I think Summer of Soul pretty much has this in the bag with wins at CCA, BAFTA, and ACE. It doesn’t even need to win here at PGA, though it wouldn’t hurt.