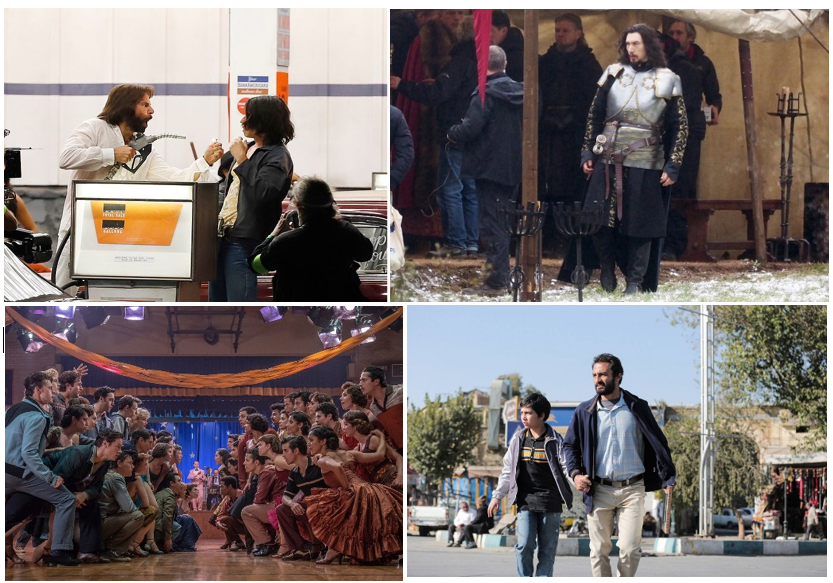 Posted at 18:13h in All Posts, All Predictions, Oscar, Predictions by Arman Saxena

The Best Picture field will expand to 10 next year instead of the sliding scale that we’ve seen since 2009 and that benefits films that would have otherwise just missed out on a nomination in Picture (think Ma Rainey’s Black Bottom and One Night in Miami from this past season and The Two Popes from the year before). As a result of this expansion and the Academy’s increased openness to international cinema in recent years, I believe that at least one international film will break into the lineup. It’s also apparent that for an international director to get in to the field, they must already be acclaimed in some way – either with a film that has received major critical acclaim in the United States or with a film that has won the Best International Film Oscar. Asghar Farhadi has achieved both milestones as his A Separation is one of the most acclaimed films of the 2010s and won the Foreign-Language Film Oscar. His 2016 effort The Salesman also won in this category as well. His next film A Hero which will be premiering at Cannes in July should already be seen as a major frontrunner due to the Academy’s affinity with his work. Paolo Sorrentino’s new film The Hand of God should also be in contention as his 2013 film The Great Beauty is considered by many to be a masterpiece and won best Foreign Language Film. Also watch out for Decision to Leave from Oldboy director Park Chan-Wook and Madres Paralelas from Talk to Her and Pain and Glory director Pedro Almodovar.

Theaters are slowly moving back to normal this year and that means that we can probably expect 1-2 bonafide studio blockbusters in the slate this year. Dune, Eternals, or even West Side Story could be the films that achieve the juggling act of being both highly critically-acclaimed and popular among general audiences. Speaking of West Side Story, this year sees the return of major musicals as In the Heights, Tick, Tick…Boom, Annette, Cyrano, Dear Evan Hansen, Encanto, and Vivo are all set to be released this year. Of this group, In the Heights, Tick, Tick…Boom, and West Side Story seem like the ones with the best chance at breaking into the top 10. However, In the Heights underperformance at the box office definitely hurts its chances. If Tick, Tick…Boom ends up being critically-acclaimed, I could easily see it taking West Side Story’s place as this year’s musical nominee.

With that, here are my predictions for this month.

Being the Ricardos (Amazon) – TBD

The Many Saints of Newark (Warner Bros.) – September 24th

As I mentioned previously there are many major filmmakers coming through with films this year and many, including all-time greats like Wes Anderson, Paul Thomas Anderson, Asghar Farhadi, and Ridley Scott, are completely Oscarless. While that easily could be something that is rectified this year, I have a feeling that Jane Campion (who previously won Adapted Screenplay for The Piano) will become the second-ever female Best Director winner.

Ridley Scott – The Last Duel or House of Gucci

While I could easily see Washington winning his thirs acting Oscar as Macbeth, Cumberbatch is playing a very menacing and unnerving character in The Power of the Dog and if the film becomes a top 4 Best Picture contender, he seems like he could definitely prevail. Like Best Actress, this category seems to be stacked as well and I think that the top 12 contenders I have listed here all have a great chance of receiving a nomination.

I have two actresses from Sundance indies in my predictions here and while that is unlikely to actually end up happening, both Negga and Dowd have generated lots of buzz for their respective performances. It remains to be seen if that buzz will be diminished by Oscar voting time. Jodie Comer has generated a lot of goodwill for her work on Killing Eve and that buzz could catapult her into an Oscar nomination and maybe even a win. Medieval-set movies don’t usually have very meaty roles for women but as Nicole Holofcener is credited as a writer (in addition to, of course, Matt Damon and Ben Affleck), I think Comer could have a lot to do.

Bradley Cooper is going to win an Oscar in the next 10 years as he’s been nominated for eight in the previous ten years. This year he has two performances in films from Guillermo del Toro and Paul Thomas Anderson in contention and I think his performance in the latter film could leave an impression if it is more than a glorified cameo. I am particularly curious about how John David Washington’s performance will end up performing as Canterbury Glass seems like a movie that will be catered to the tastes of the Academy yet due to the controversy surrounding director David O. Russell, the amount of nominations it will receive will most likely be limited. I have been very conservative about its chances in my predictions, but it could very well end up like Bohemian Rhapsody which did not receive a Director nomination (its director Bryan Singer had quite a few sexual assault allegations) but received both a Picture and acting noms. If Canterbury Glass wades through the cloud surrounding Russell and makes it into Picture, it most likely will also receive acting nominations for any of Bale, Robbie, Washington, or Saldana, a cinematography nomination, and a nomination in Score.

Jesse Plemons – The Power of the Dog

Could Jump In: Last Night in Soho, The Card Counter, The Whale, Blue Bayou, The Hand of God, CODA, Mass, The Electrical Life of Louis Wain, C’mon C’mon

A Journal for Jordan

Could Jump In: The Last Duel, Canterbury Glass, Last Night in Soho, West Side Story, House of Gucci, Annette, Blonde, Blue Bayou, The Hand of God

Could Jump In: The French Dispatch, Blonde, Cyrano, The Suicide Squad, Last Night in Soho, Eternals, Nightmare Alley, West Side Story, The Whale

Could Jump In: Nightmare Alley, West Side Story, The Power of the Dog, Soggy Bottom, The Last Duel, The Tragedy of Macbeth, A Journal for Jordan, The Card Counter, Cry Macho

Could Jump In: The Last Duel, Cyrano, Cruella, In the Heights, The Electrical Life of Louis Wain, Last Night in Soho, The Power of the Dog, Being the Ricardos, Canterbury Glass

Could Jump In: Canterbury Glass, The Tragedy of Macbeth, Eternals, Spencer, Annette, Luca, No Time to Die, Zola

Could Jump In: Top Gun: Maverick, In the Heights, Tick, Tick…Boom, A Journal for Jordan, Nightmare Alley, House of Gucci, No Time to Die, The Last Duel, The French Dispatch

Could Jump In: Godzilla vs Kong, The Green Knight, Shang-Chi and the Legend of the Ten Rings, Jungle Cruise, The Tomorrow War, Black Widow, No Time to Die, Top Gun: Maverick