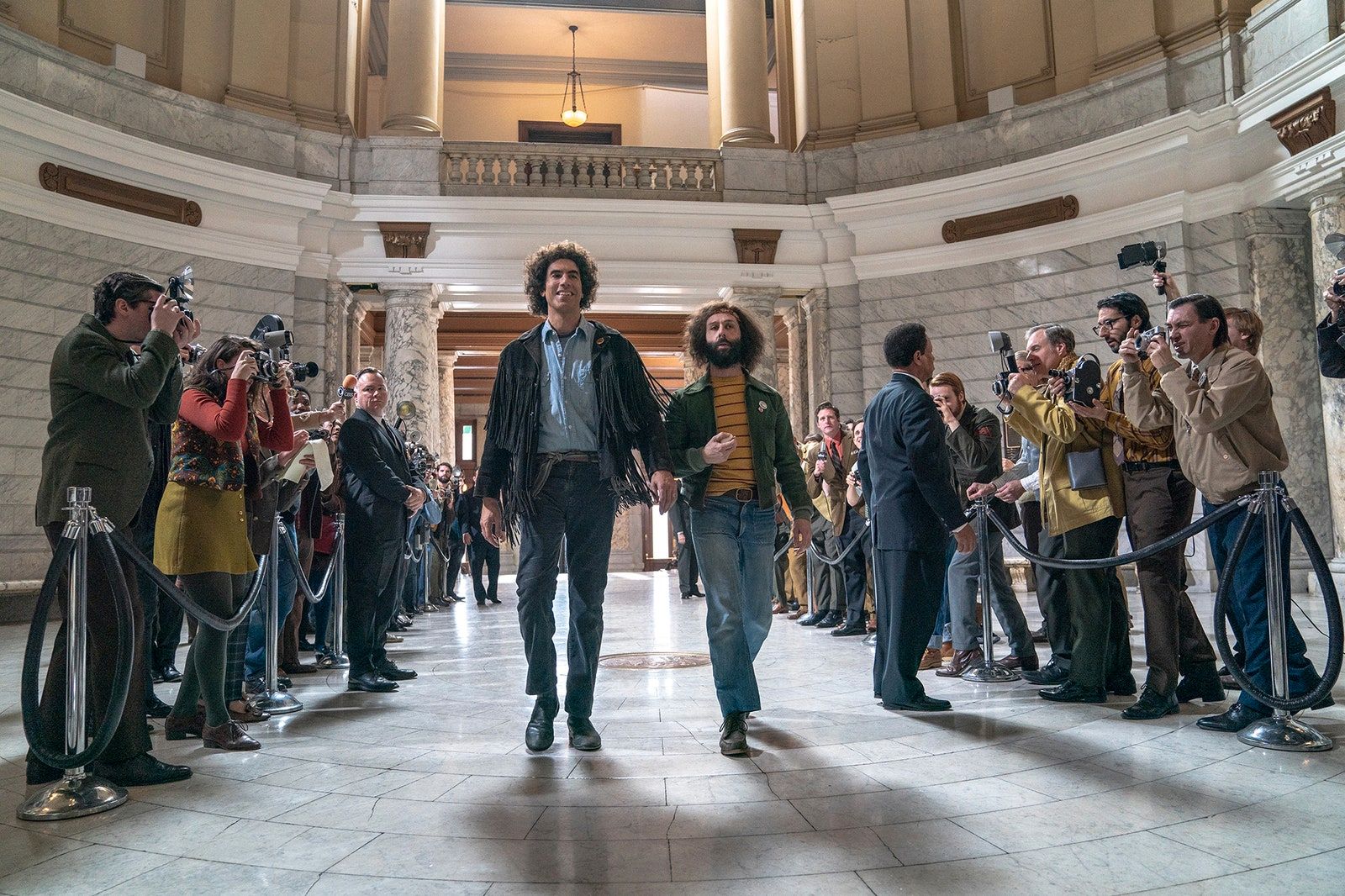 Posted at 21:41h in All Predictions, Oscar, Predictions by Arman Saxena

It is late July and the Oscars are as uncertain as they have ever been. Tenet has been delayed indefinitely, theaters are in flux, and the coronavirus shows no signs of stopping.

Anyhow, here are my predictions for late July:

Mank is probably in the best place that a film this year can be in as it was already going to be released through a streaming service and therefore theater closures will not affect it. The film, on paper, looks like a quintessential “Oscar” film. It is set in the past (1941), it is a story about Hollywood (it is about the making of Citizen Kane, widely-known as the greatest film of all-time), and Mank is made by a director that is overdue for an Oscar win (David Fincher).

I have Ammonite high up, even though I believe that it is very unlikely that it will win, as the film got notices at both the Cannes and Toronto Film Festivals. It will probably be a mid-level Best Picture nominee that has a shot to win in the acting categories.

The Trial of the Chicago 7 has been moved to Netflix (as director Aaron Sorkin wanted it released before the election in November) and that gives it secure release date in these uncertain times. The cast of this film is stacked (Eddie Redmayne, Sacha Baron Cohen, Mark Rylance, Joseph Gordon-Levitt, Yahya Abdul-Mateen. and Jeremy Strong are in it with many more well-known actors) and it has a contemporary relevance that could carry it to the top come Oscar night.

Nomadland looks great and I could see it being a film that does well at the Film Independent Spirit awards and gets nominated for Best Picture at the Oscars.

West Side Story is a remake but it is also a Spielberg film and it should be great. As the film will likely comment on race relations in America it is also very relevant in the current moment.

Da 5 Bloods is the only one of these films that has been seen and critics love it. The film is very timely and Spike Lee should stay in the Oscar’s good graces after his Adapted Screenplay win two years ago.

Dune is one I am unsure about as it is an event film and will be released in theaters before it hits streaming. It has not been moved from its December 18th release date and it could very well be released in the winter but these are times where pure guesswork is all we can do and everything is uncertain. However, there is a high enough chance that theaters will reopen in some capacity by December so I remain hopeful about Dune

Tenet was initially slated for a July 14th released date, then it was moved to July 28th, and then finally to August 12th. The newest reports state that it has been delayed indefinitely and whether or not that means it will be released this year is anyone’s guess. I don’t see this film being a winter release, but I think it will be a staggered release as theaters will reopen at different places around the world.

Soul is set for a Thanksgiving week release and it should make that but nobody can be sure of that. The film looks a lot like Pixar’s 2015 film Inside Out (which I loved) and while that film did not get a Best Picture nomination the Corona-reduced 2020 slate should work to its advantage.

This last slot is a hard one to fill for me. News of the World looks like it will be a great Tom Hanks vehicle, but it is still a Western and while anti-Western bias at the Oscars is not as bad as it was in the 50s and 60s, Westerns are not widely considered Oscar worthy in most cases. I would have had Hillbilly Elegy here if The Trial of the Chicago 7 had not moved to Netflix as I believe that the Academy selecting 4 Netflix films is unlikely. However, I still think it has a pretty good chance to receive a nomination and it should also do well in the acting categories. A lot of people are predicting Wes Anderson’s The French Dispatch to get a Best Picture nomination but the fact that it is an anthology film is a little concerning as anthologies hardly ever get Best Picture nominations. Stillwater is directed by Tom McCarthy (whose film Spotlight won Best Picture in 2016), but is a genre film (it’s a thriller) and there are usually only 2 of those nominated each year and Dune and Tenet already fit that category..

Could Jump In: Hillbilly Elegy, The French Dispatch, Stillwater, On the Rocks, C’mon C’mon, Annette, I’m Thinking of Ending Things, Minari, The White Tiger, The Father

If Dune is released this year, I don’t see how Villeneuve will not get nominated for his sci-fi epic. It is the kind of film that gets nominated in this category and it should continue that trend this year as well.

Spike Lee’s Da 5 Bloods was released in June and that might hinder its chance come April but for now I have Lee getting a nomination.

Delroy Lindo is getting spectacular notices for Spike Lee’s Da 5 Bloods and even though most presumed frontrunners do not stay so throughout the whole Oscar season, I am going to keep Lindo at #1. Gary Oldman seems almost locked for a nomination at this point even though I do not believe he will win as an overdue performer like Lindo or Murray will likely take the crown.

Tom Hanks has had such a crazy year but being in the news as often as he has could give him a narrative to help in his Oscar chances. His work in Paul Greengrass’ News of the World will likely be stellar and a nomination here will redeem the Academy for snubbing Hanks for his amazing performance in Greengrass’ Captain Phillips.

Bill Murray’s only Oscar nomination was in Sofia Coppola’s Lost in Translation and reteaming with Coppola could very well give him his second nomination and maybe his first win.

Anthony Hopkins got some of the best reviews he has received this century for his work in The Father and even though films that premiere at Sundance do not usually last throughout Oscar season, he could get nominated if the movie gets some traction.

Joaquin Phoenix is definitely a contender here and C’mon has already had success in directing actors to Oscar gold as he directed Christopher Plummer in his Oscar-winning turn in Beginners.

Tom Hanks – News of the World

Bill Murray – On the Rocks

Nomadland looks amazing and Frances McDormand’s portrayal of a woman who loses everything in the Great Recession should give the two-time Oscar winner her sixth Oscar nomination.

As I mentioned before, Ammonite’s mentions at both the Cannes and Toronto film festivals are very beneficial and the film’s two stars (Kate Winslet and Saoirse Ronan) should both get a nomination…and maybe a win?

Michelle Pfeiffer’s role in French Exit seems like one that is all-or-none; if she gets nominated she will have a really good chance to win, but it is likely that she may not be nominated.

Amy Adams will likely get her seventh(!) Oscar nomination, which will hopefully (but probably won’t) result in her first Oscar win.

To me, it is a really close contest between Jennifer Hudson and Viola Davis for that last slot but as Jennifer Hudson is playing the (much) more well-known singer (Aretha Franklin), I put her in the slot. Both of them could easily get a nomination and both have a good chance to win if they do.

This is one of those categories where I feel that no one is really in a frontrunner position and my rankings are kind of based solely on who is more likely to get a nomination. At this point in the season, I cannot really say that I think any of these nominees have a good chance to win, but David Strathairn is the man who has the highest chance of getting a nomination as he is a once-nominated veteran that has never won an Oscar before.

Tom Burke has never been in the Oscar conversation ever before but he is playing Orson Welles, who is one of the most mythologized figures in film history so if he delivers (and if the role is not just a cameo) he will definitely get a nomination.

Sacha Baron Cohen is playing the most famous of the Chicago 7 (Abbie Hoffman) and due to that I am putting him here, but whoever is the standout in that film will be nominated here.

I’m unsure about Jesse Plemons, but Charlie Kaufman’s scripts are usually good for actors (His Being John Malkovich, Adaptation, and Eternal Sunshine of the Spotless Mind all got nominations and Adaptation got a win for Chris Cooper).

Chadwick Boseman will probably not get nominated for Da 5 Bloods, but instead he could be in contention for his first nomination in Ma Rainey’s Black Bottom. If Boseman does get this nomination, I think Viola Davis will as well in Best Actress. The Untitled Fred Hampton Project is a question mark for me as it has a good cast (Daniel Kaluuya, Jesse Plemons, Martin Sheen, Lakeith Stanfield, and Ashton Sanders are just a few) and is about a timely subject (Fred Hampton was a prominent member of the Black Panthers). However, I am not sure it will be released this year and, because its director and writers have comedy backgrounds, I am not sure how good the film will be.

Glenn Close and Saoirse Ronan have 7 and 4 Oscar nominations respectively and one of these two overdue actresses should win this year.

However, Ammonite will likely be a bigger Best Picture player than Hillbilly Elegy and because of that I am putting Ronan at #1.

I’m still not comfortable with putting newcomer Ariana Debose so high in my predictions as this is her first role in a major film, but as she is playing the role Rita Moreno won her Oscar for in 1961 so I will keep her in the top 5 for now.

I feel like that there will be an actress from Mank in the top five come nomination day and Amanda Seyfried seems like the performer in the best position to get a nomination.

I will keep Rashida Jones here for now, but Abigail Breslin could also come in this 5th spot. If there is momentum for The Father Olivia Colman could be getting a nomination as well.

Rashida Jones – On the Rocks

Could Jump In: Soul, On the Rocks, C’mon C’mon, Stillwater, Tenet, Annette, The King of Staten Island

Could Jump In: West Side Story, Next Goal Wins, Those Who Wish Me Dead, Greyhound, The Eyes of Tammy Faye, Respect, The Prom

Aya and the Witch

Where is Anne Frank?

Could Jump In: The Croods 2, Wolfwalkers, Connected

Could Jump In: Ammonite, News of the World, Mulan

Could Jump In: The French Dispatch, Ammonite, Nomadland

Could Jump In: West Side Story, The Trial of the Chicago 7, Mulan

Could Jump In: West Side Story, The French Dispatch, The Trial of the Chicago 7

Could Jump In: Eternals, The Witches, Everybody’s Talking About Jamie

Could Jump In: Eternals, No Time to Die, Respect, Soul, Da 5 Bloods

Could Jump In: No Time to Die, Wonder Woman 1984, Greyhound

Could Jump In: Da 5 Bloods, Annette, Ammonite, The Trial of the Chicago 7, The Witches

Could Jump In: Over the Moon, Everybody’s Talking About Jamie, Mulan