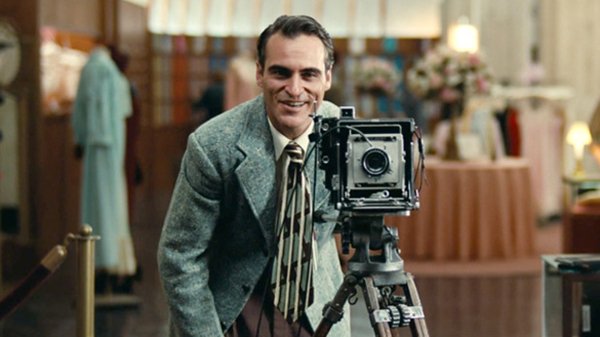 Posted at 23:50h in Lists by Arman Saxena

Finally, the final 25. Here are my picks for the best 25 films of the decade.

‘The Master’ (The Weinstein Company)

The Master unfolds the journey of a Naval veteran (Joaquin Phoenix) who arrives home from war unsettled and uncertain of his future – until he is tantalized by The Cause and its charismatic leader (Philip Seymour Hoffman). (The Weinstein Company) 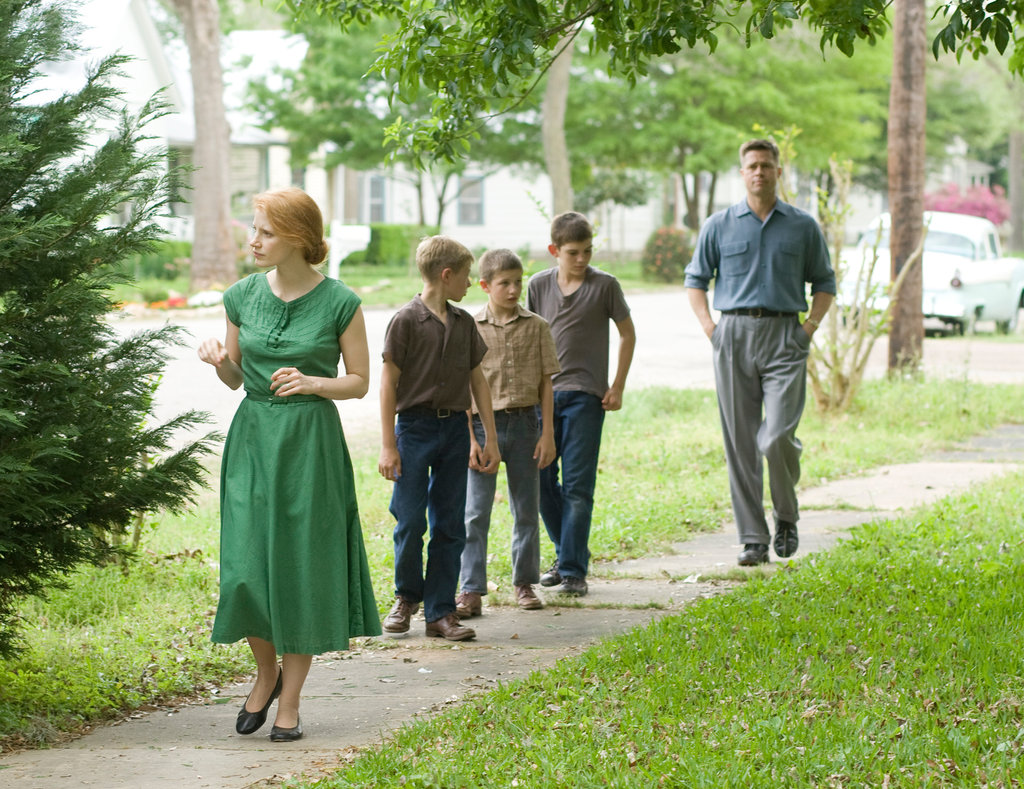 The film follows the life journey of the eldest son, Jack, through the innocence of childhood to his disillusioned adult years as he tries to reconcile a complicated relationship with his father (Brad Pitt). Jack (played as an adult by Sean Penn) finds himself a lost soul in the modern world, seeking answers to the origins and meaning of life while questioning the existence of faith. Through Malick’s signature imagery, we see how both brute nature and spiritual grace shape not only our lives as individuals and families, but all life. (Fox Searchlight) 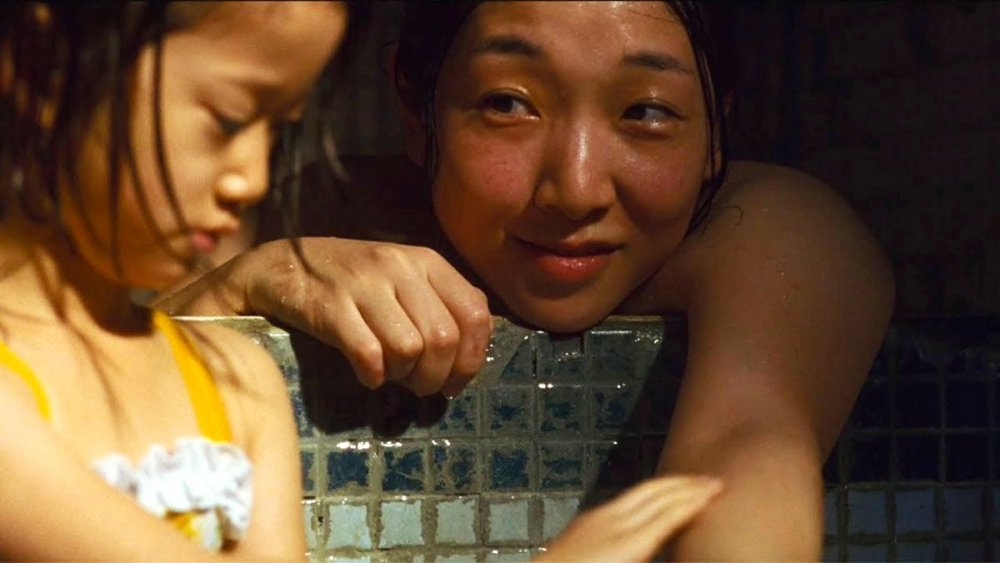 After one of their shoplifting sessions, Osamu (Lily Franky) and his son come across a little girl in the freezing cold. At first reluctant to shelter the girl, Osamu’s wife (Sakura Ando) agrees to take care of her after learning of the hardships she faces. Although the family is poor, barely making enough money to survive through petty crime, they seem to live happily together until an unforeseen incident reveals hidden secrets, testing the bonds that unite them. (Rotten Tomatoes) 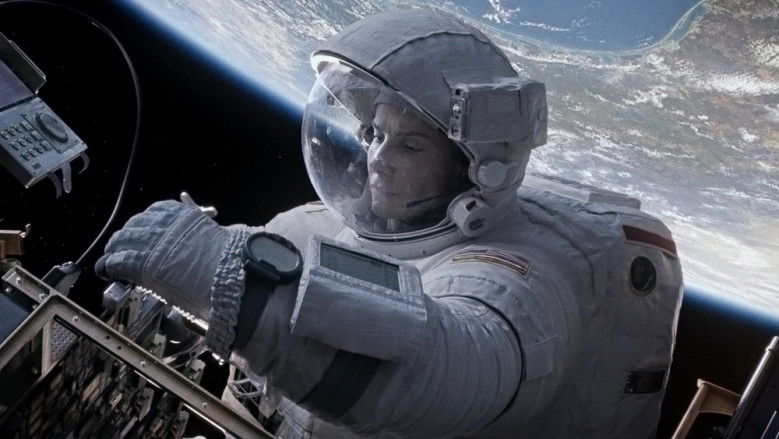 Bullock plays Dr. Ryan Stone, a brilliant medical engineer on her first shuttle mission, with veteran astronaut Matt Kowalsky (George Clooney). But on a seemingly routine spacewalk, disaster strikes. The shuttle is destroyed, leaving Stone and Kowalsky completely alone – tethered to nothing but each other and spiraling out into the blackness. The deafening silence tells them they have lost any link to Earth and any chance for rescue. As fear turns to panic, every gulp of air eats away at what little oxygen is left. But the only way home may be to go further out into the terrifying expanse of space. (Warner Bros.) 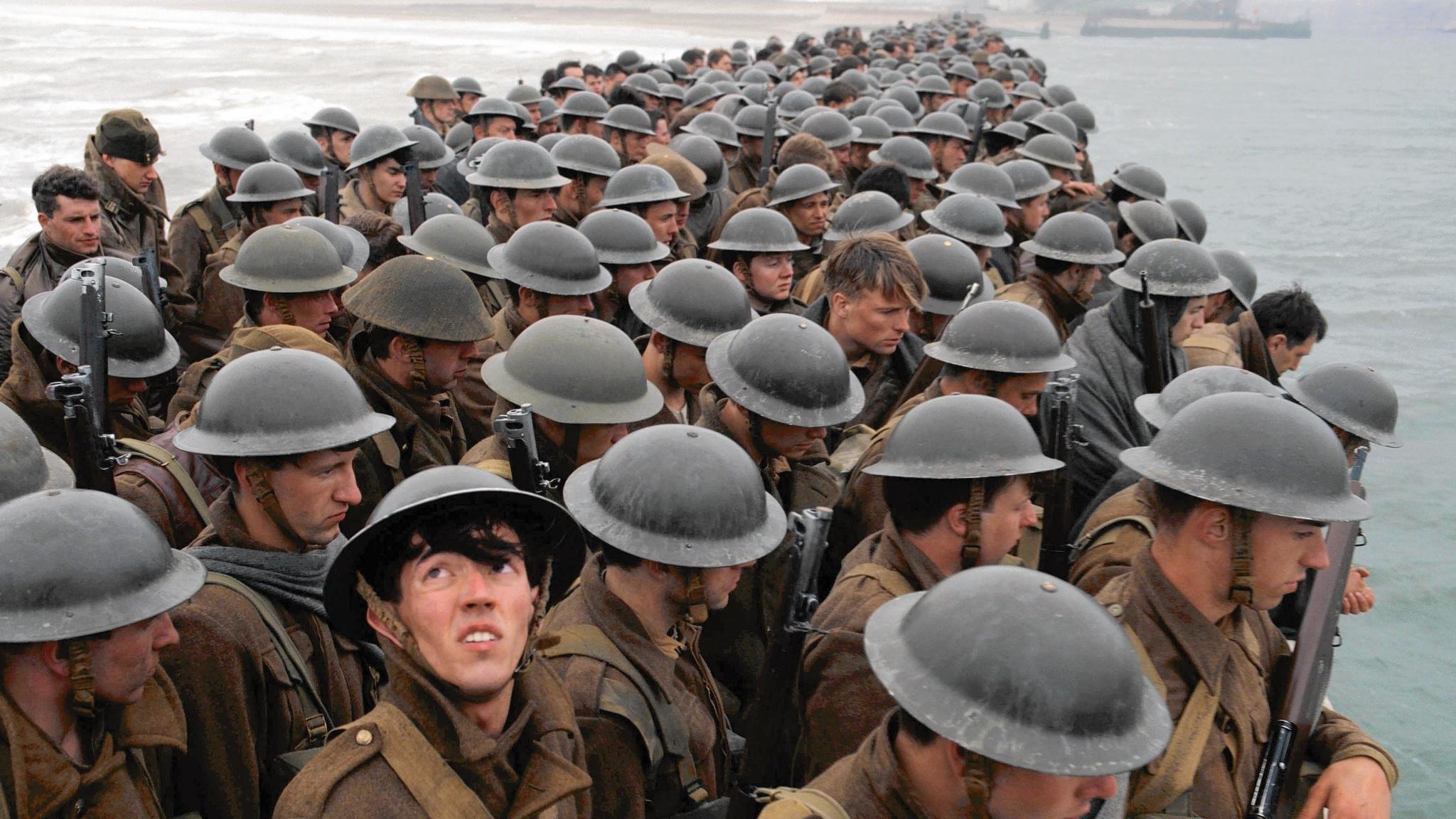 Evacuation of Allied soldiers from the British Empire, and France, who were cut off and surrounded by the German Army from the beaches and harbor of Dunkirk, France, between May 26- June 04, 1940, during Battle of France in World War II. (Warner Bros.)

20. Three Billboard Outside of Ebbing, Missouri 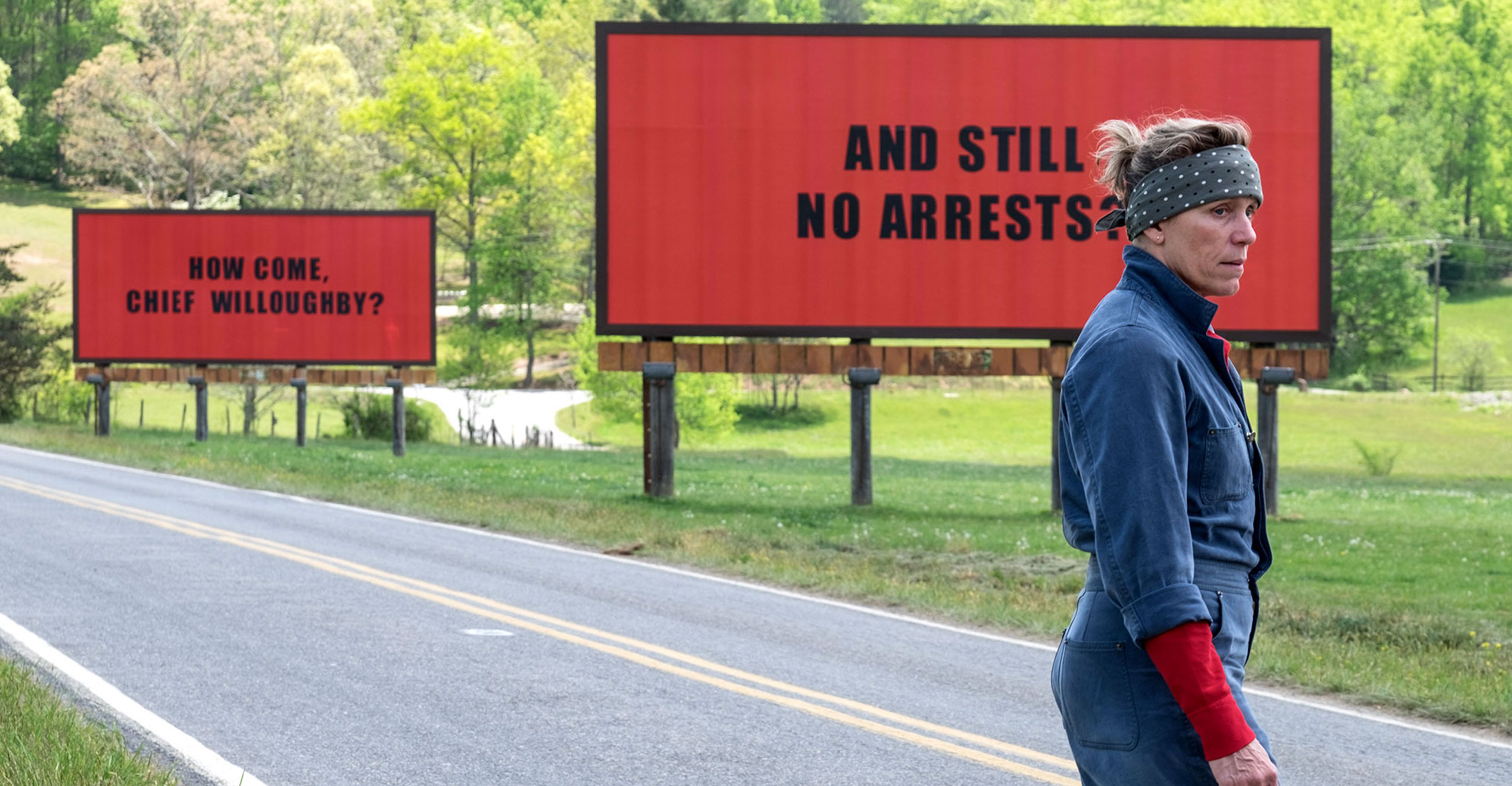 After months have passed without a culprit in her daughter’s murder case, Mildred Hayes (Frances McDormand) makes a bold move, painting three signs leading into her town with a controversial message directed at William Willoughby (Woody Harrelson), the town’s revered chief of police. When his second-in-command Officer Dixon (Sam Rockwell), an immature mother’s boy with a penchant for violence, gets involved, the battle between Mildred and Ebbing’s law enforcement is only exacerbated. 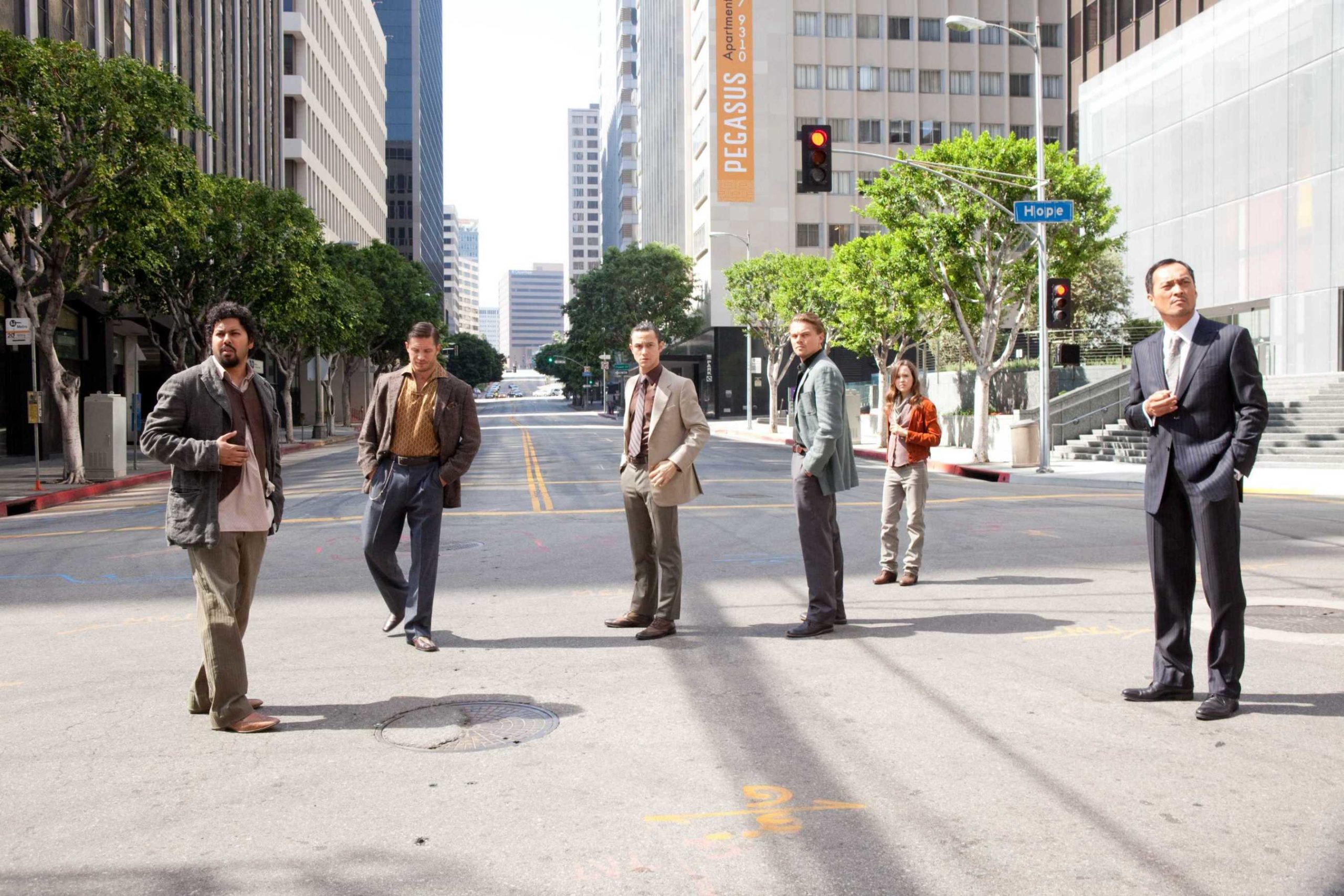 Dom Cobb (Leonardo DiCaprio) is a skilled thief, the absolute best in the dangerous art of extraction, stealing valuable secrets from deep within the subconscious during the dream state, when the mind is at its most vulnerable. Cobb’s rare ability has made him a coveted player in this treacherous new world of corporate espionage, but it has also made him an international fugitive and cost him everything he has ever loved. Now Cobb is being offered a chance at redemption. One last job could give him his life back but only if he can accomplish the impossible, inception. Instead of the perfect heist, Cobb and his team of specialists have to pull off the reverse: their task is not to steal an idea, but to plant one. If they succeed, it could be the perfect crime. But no amount of careful planning or expertise can prepare the team for the dangerous enemy that seems to predict their every move. An enemy that only Cobb could have seen coming. (Warner Bros.) 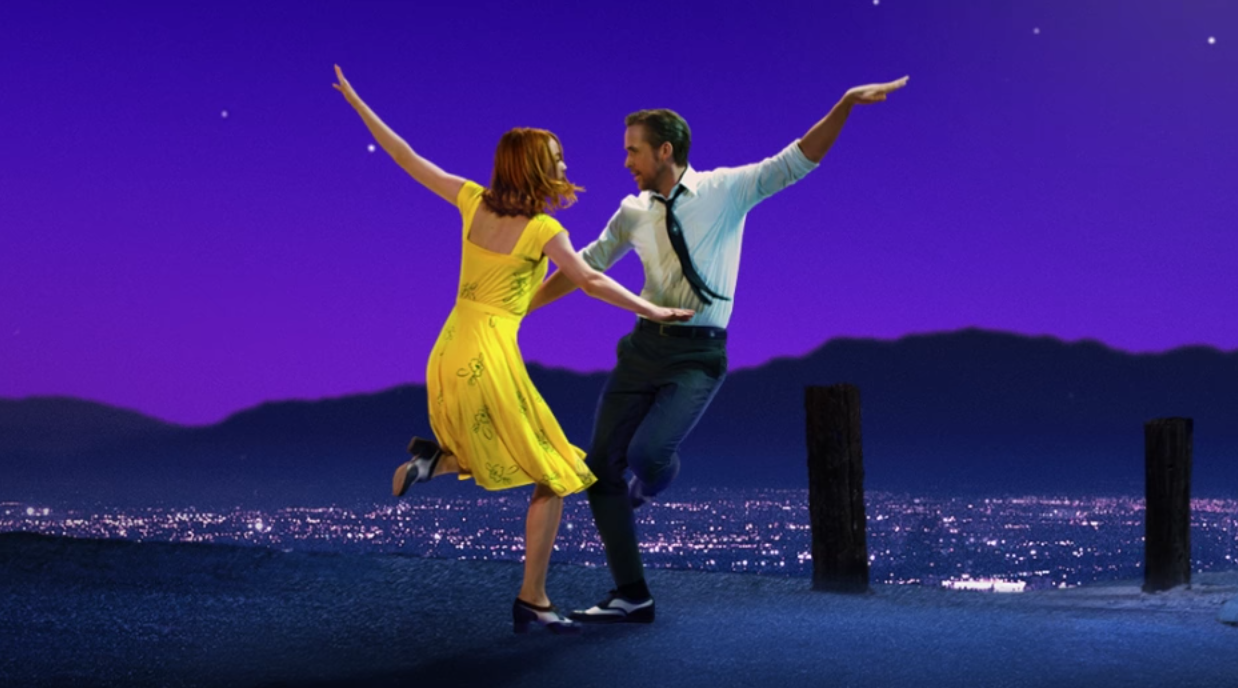 La La Land tells the story of Mia (Emma Stone), an aspiring actress, and Sebastian (Ryan Gosling), a dedicated jazz musician, who are struggling to make ends meet in a city known for crushing hopes and breaking hearts. Set in modern day Los Angeles, this original musical about everyday life explores the joy and pain of pursuing your dreams. (Rotten Tomatoes). 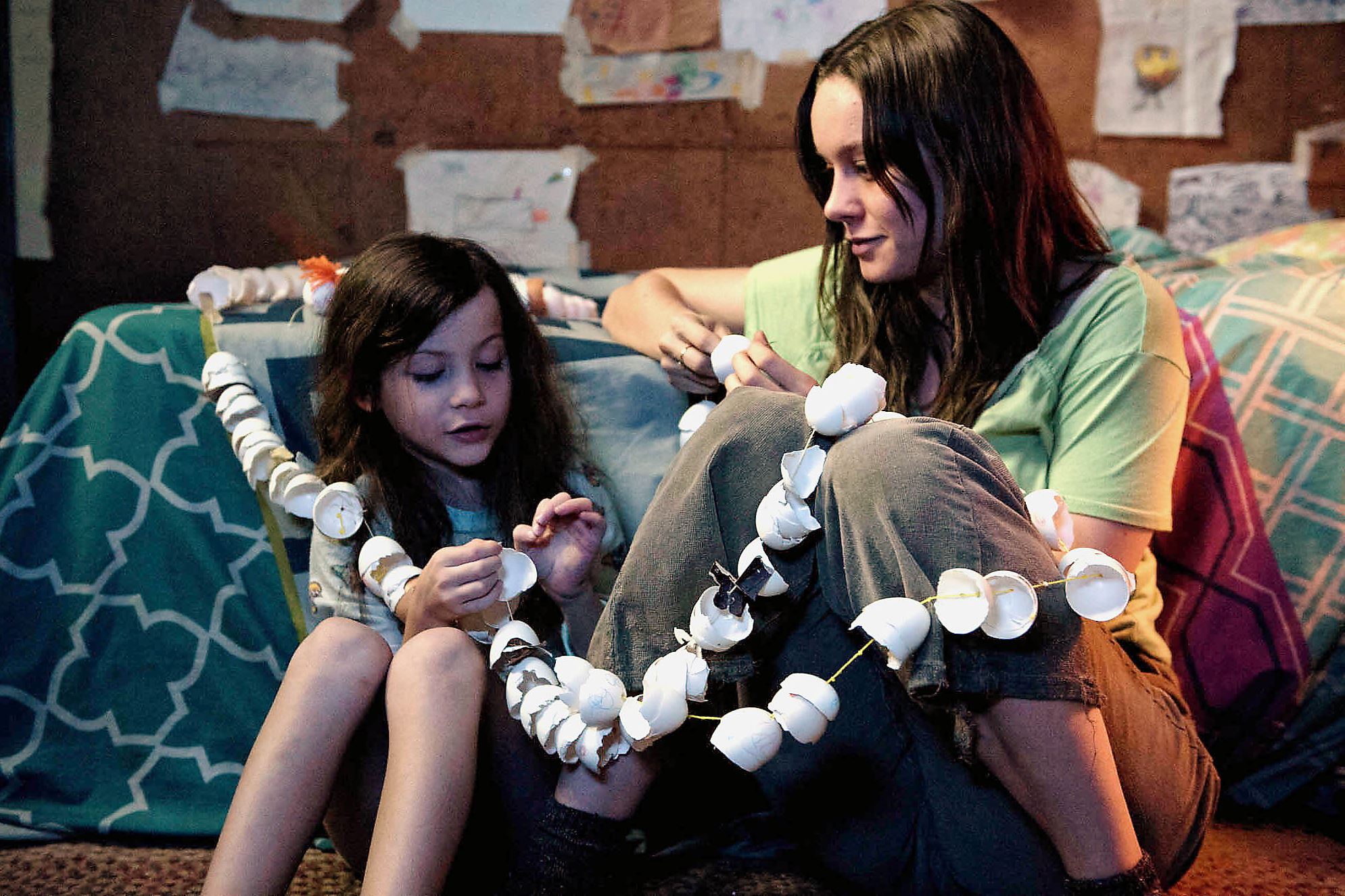 ROOM tells the extraordinary story of Jack (Jacob Tremblay), a spirited 5-year-old who is looked after by his loving and devoted mother (Brie Larson). Like any good mother, Ma dedicates herself to keeping Jack happy and safe, nurturing him with warmth and love and doing typical things like playing games and telling stories. Their life, however, is anything but typical–they are trapped–confined to a 10-by-10-foot space that Ma has euphemistically named Room. Ma has created a whole universe for Jack within Room, and she will stop at nothing to ensure that, even in this treacherous environment, Jack is able to live a complete and fulfilling life. But as Jack’s curiosity about their situation grows, and Ma’s resilience reaches its breaking point, they enact a risky plan to escape, ultimately bringing them face-to-face with what may turn out to be the scariest thing yet: the real world. (A24) 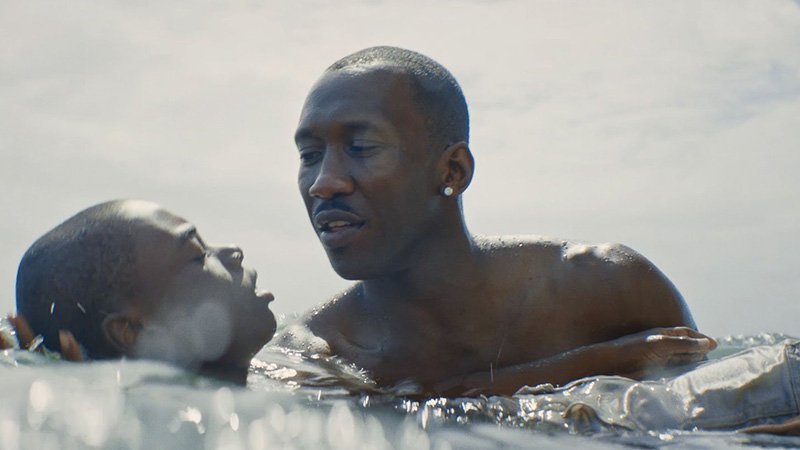 The tender, heartbreaking story of a young man’s struggle to find himself, told across three defining chapters in his life as he experiences the ecstasy, pain, and beauty of falling in love, while grappling with his own sexuality. ( Rotten Tomatoes). 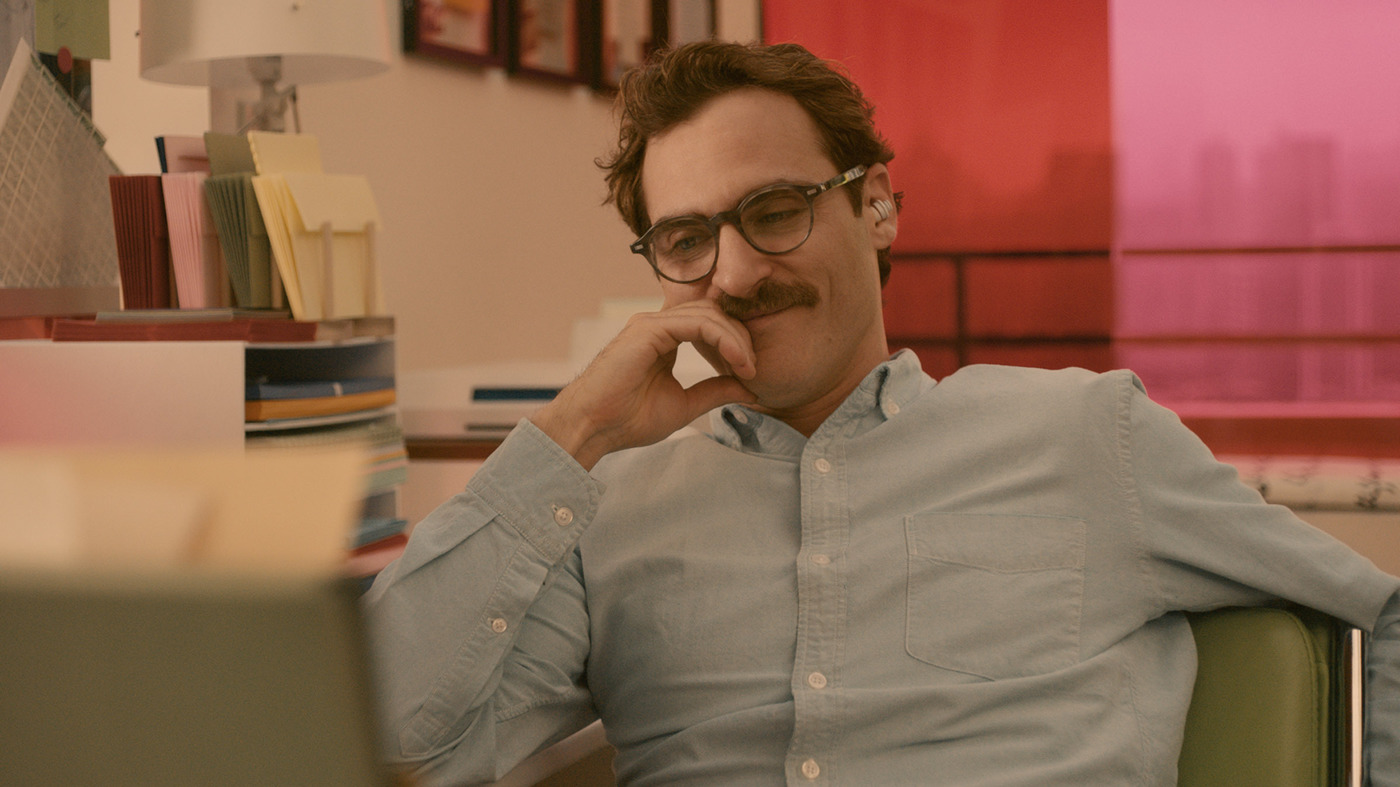 In a near future, a lonely writer (Joaquin Phoenix) develops an unlikely relationship with an operating system (Scarlett Johansson) designed to meet his every need. (IMDb) 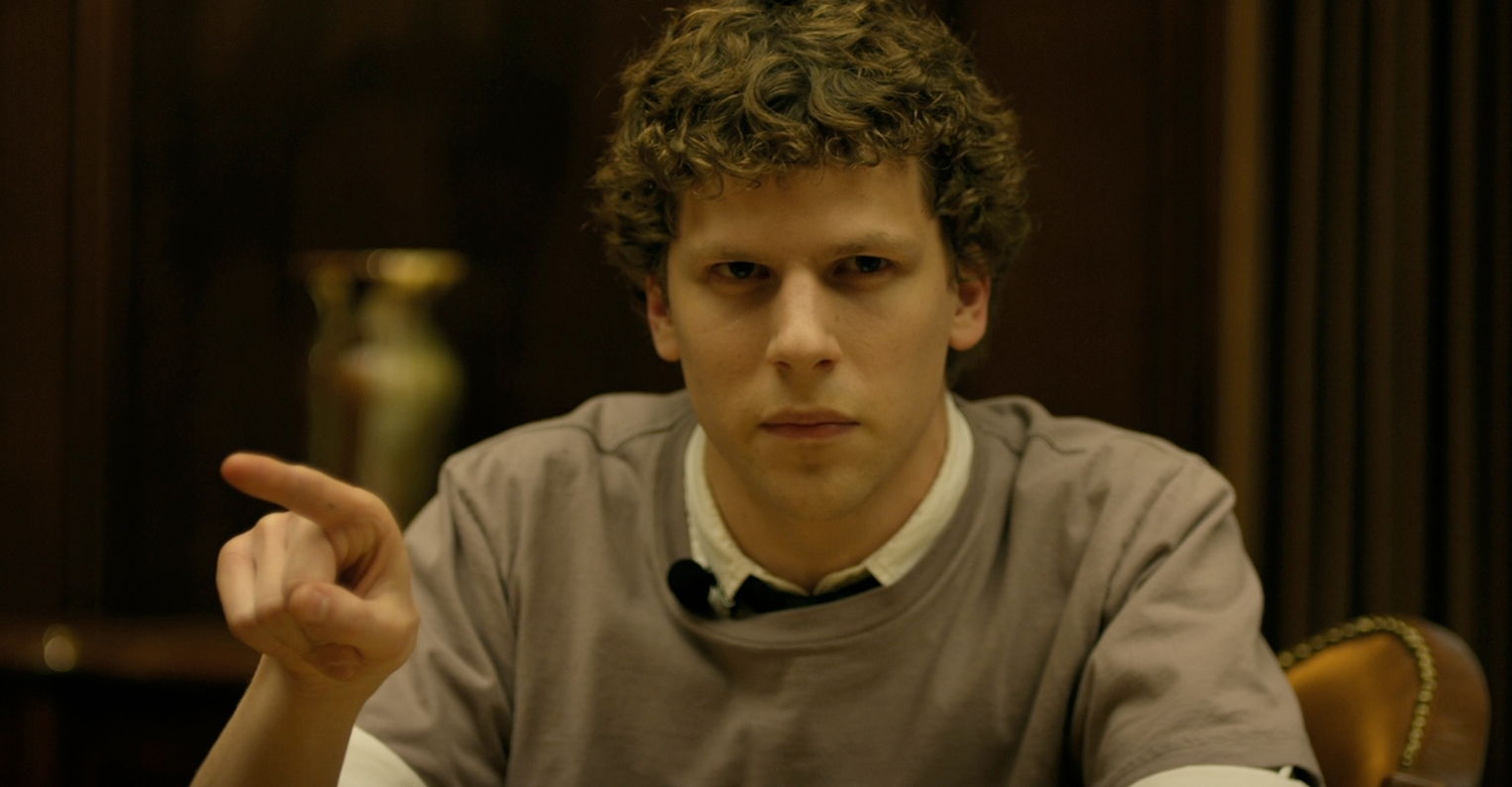 As Harvard student Mark Zuckerberg (Jesse Eisenberg) creates the social networking site that would become known as Facebook, he is sued by the twins (Armie Hammer) who claimed he stole their idea, and by the co-founder ( who was later squeezed out of the business. (IMDb) 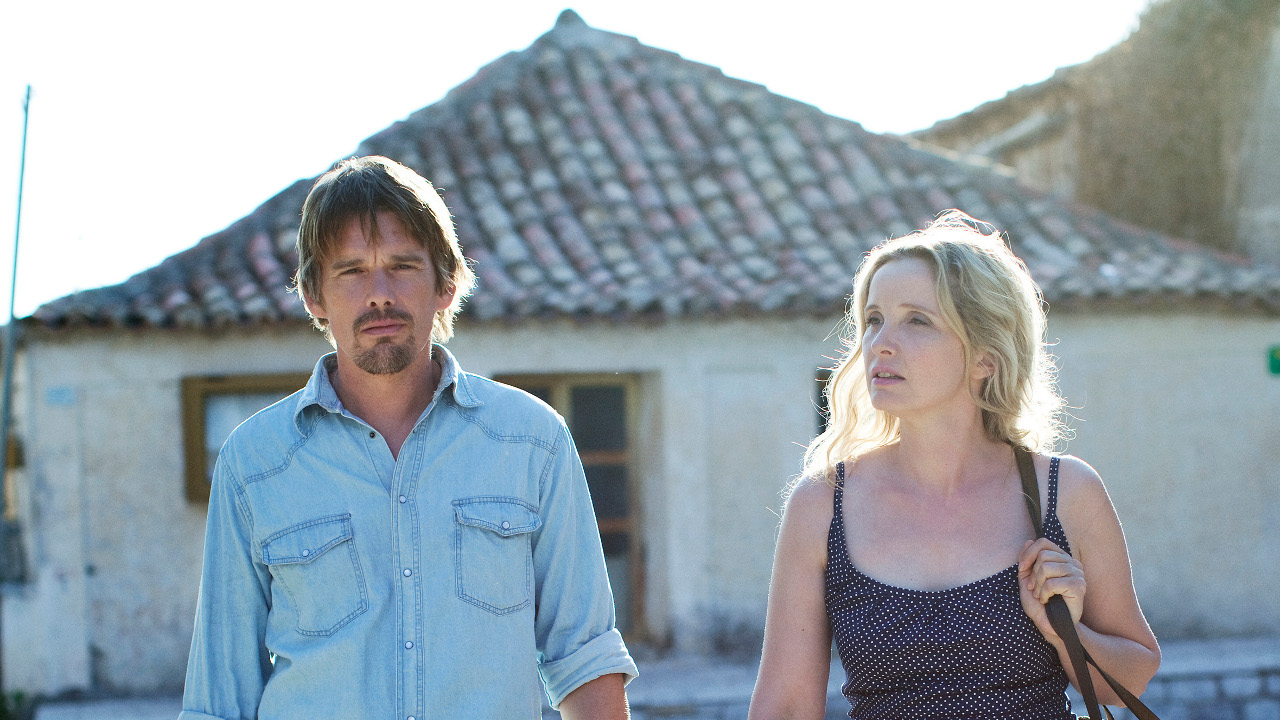 We meet Jesse (Ethan Hawke) and Celine (Julie Delpy) nine years on in Greece. Almost two decades have passed since their first meeting on that train bound for Vienna. (IMDb). 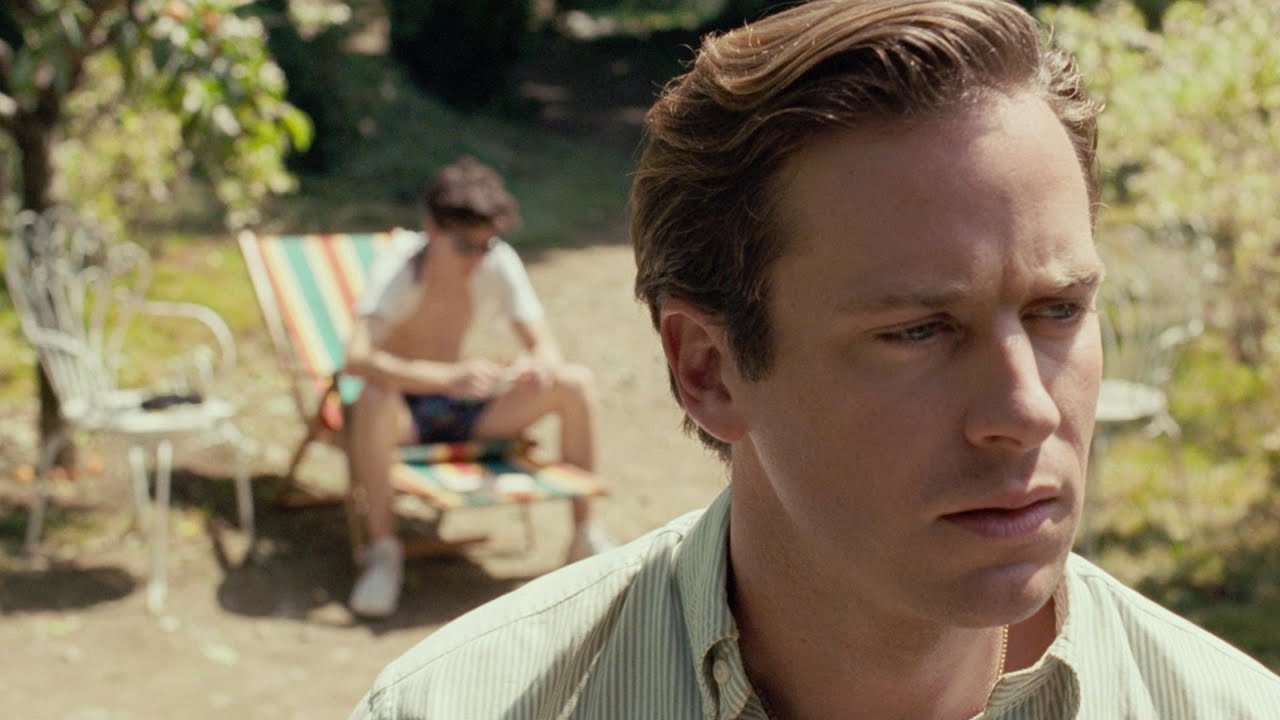 ‘Call Me By Your Name’ (Sony Pictures Classics)

It’s the summer of 1983 in the north of Italy, and Elio Perlman (Timothée Chalamet), a precocious 17- year-old American-Italian, spends his days in his family’s 17th century villa transcribing and playing classical music, reading, and flirting with his friend Marzia (Esther Garrel). Elio enjoys a close relationship with his father (Michael Stuhlbarg), an eminent professor specializing in Greco-Roman culture, and his mother Annella (Amira Casar), a translator, who favor him with the fruits of high culture in a setting that overflows with natural delights. While Elio’s sophistication and intellectual gifts suggest he is already a fully-fledged adult, there is much that yet remains innocent and unformed about him, particularly about matters of the heart. One day, Oliver (Armie Hammer), a charming American scholar working on his doctorate, arrives as the annual summer intern tasked with helping Elio’s father. Amid the sun-drenched splendor of the setting, Elio and Oliver discover the heady beauty of awakening desire over the course of a summer that will alter their lives forever. (Sony Pictures Classics)

11. Spider-Man: Into the Spider-Verse

‘Spider-Man: Into the Spider-Verse’ (Sony)

Teen Miles Morales (Shameik Moore) becomes Spider-Man of his reality, crossing his path with five counterparts from other dimensions to stop a threat for all realities. (IMDb) 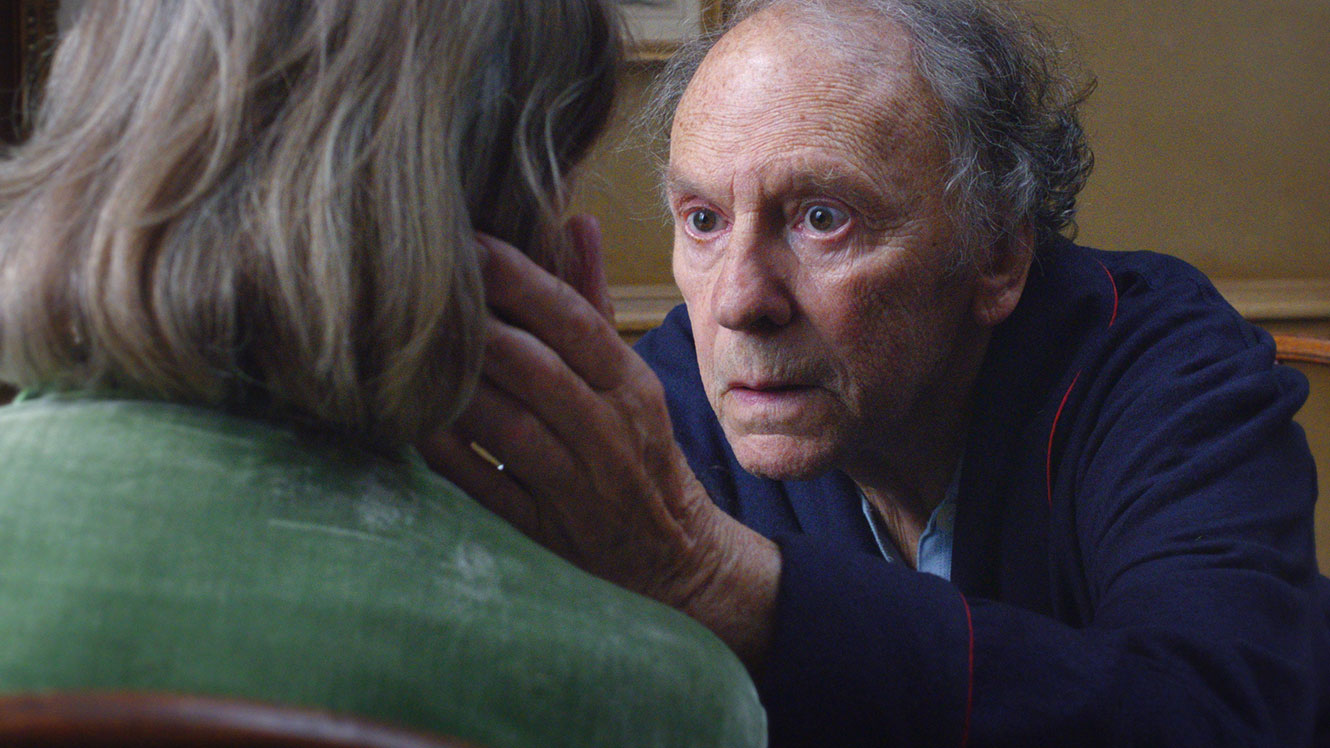 Directed by: Michael Haneke
Georges (Jean-Louis Trintignant) and Anne (Emmanuelle Riva) are in their eighties. They are cultivated, retired music teachers. Their daughter (Isabelle Huppert), who is also a musician, lives abroad with her family. One day, Anne has an attack. The couple’s bond of love is severely tested. (Sony Pictures Classics) 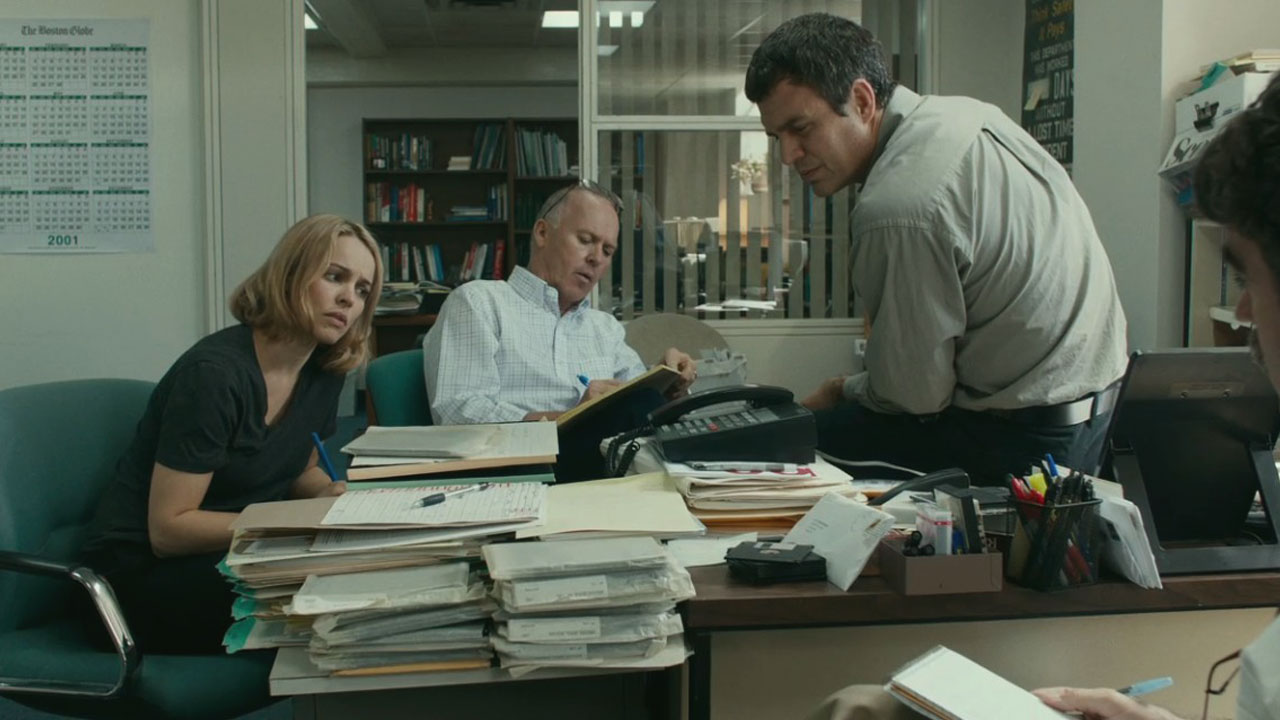 SPOTLIGHT tells the riveting true story of the Pulitzer Prize-winning Boston Globe investigation that would rock the city and cause a crisis in one of the world’s oldest and most trusted institutions. When the newspaper’s tenacious “Spotlight” team of reporters delves into allegations of abuse in the Catholic Church, their year-long investigation uncovers a decades-long cover-up at the highest levels of Boston’s religious, legal, and government establishment, touching off a wave of revelations around the world. (Open Road Films) 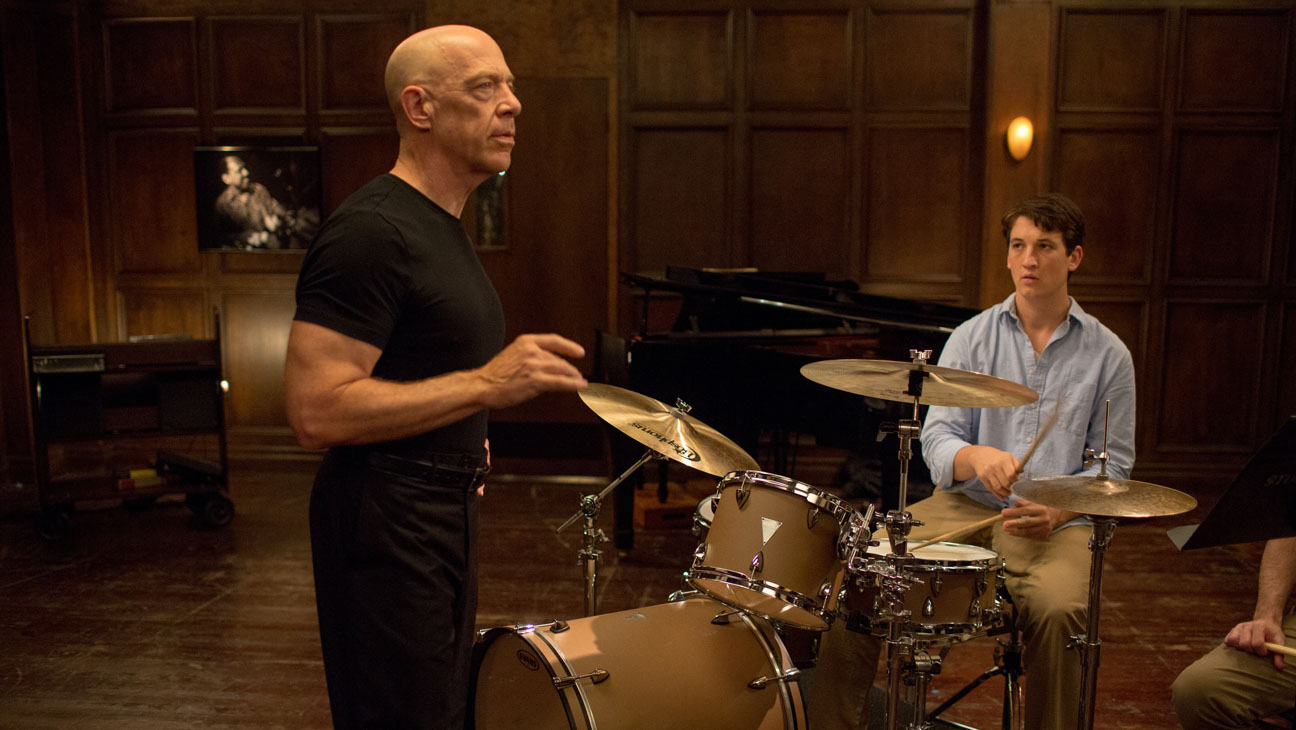 Directed by: Damien Chazelle
Andrew Neyman (Miles Teller) is an ambitious young jazz drummer, single-minded in his pursuit to rise to the top of his elite east coast music conservatory. Plagued by the failed writing career of his father, Andrew hungers day and night to become one of the greats. Terence Fletcher (J.K. Simmons), an instructor equally known for his teaching talents as for his terrifying methods, leads the top jazz ensemble in the school. Fletcher discovers Andrew and transfers the aspiring drummer into his band, forever changing the young man’s life. Andrew’s passion to achieve perfection quickly spirals into obsession, as his ruthless teacher continues to push him to the brink of both his ability-and his sanity. (Sony Pictures Classics) 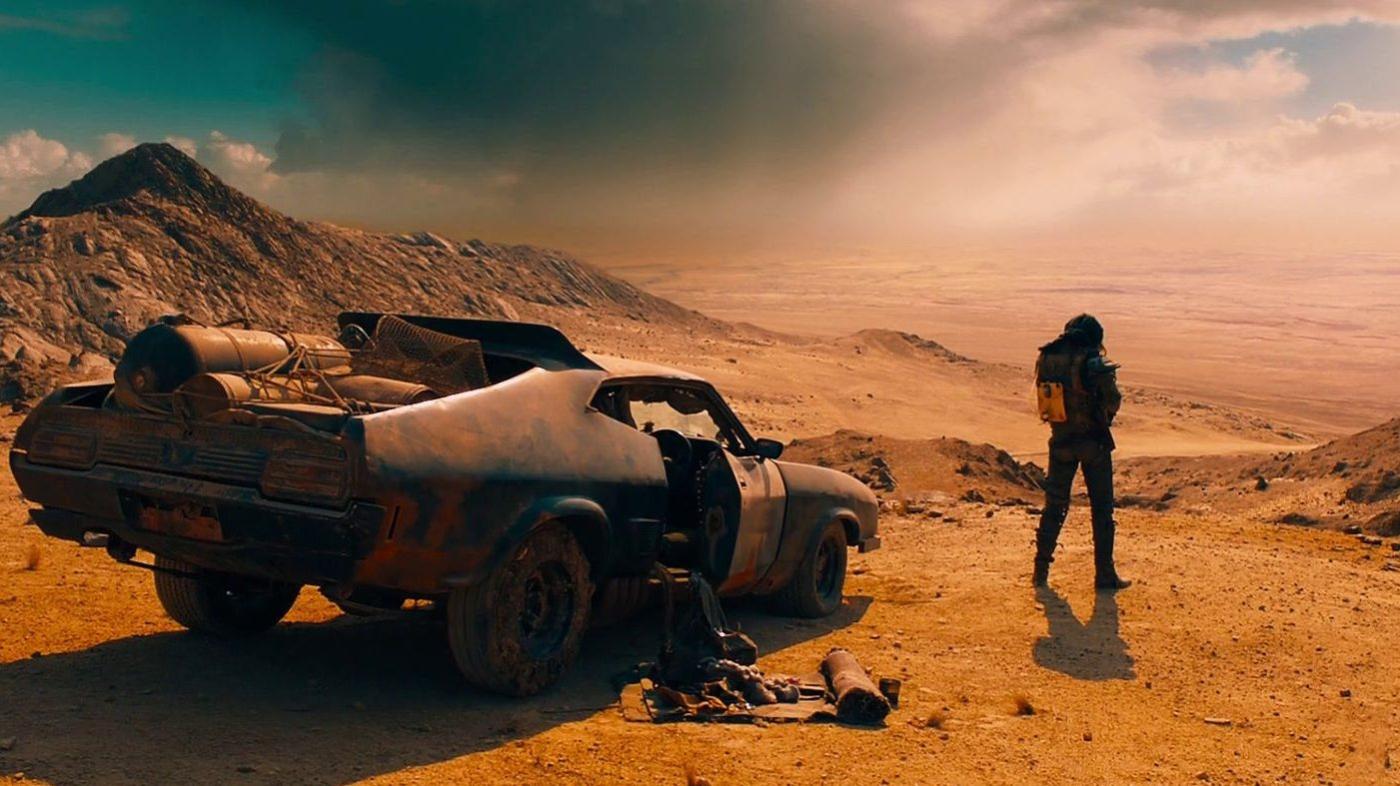 In a post-apocalyptic wasteland, a woman (Charlize Theron) rebels against a tyrannical ruler in search for her homeland with the aid of a group of female prisoners, a psychotic worshiper (Nicholas Hoult), and a drifter named Max (Tom Hardy). 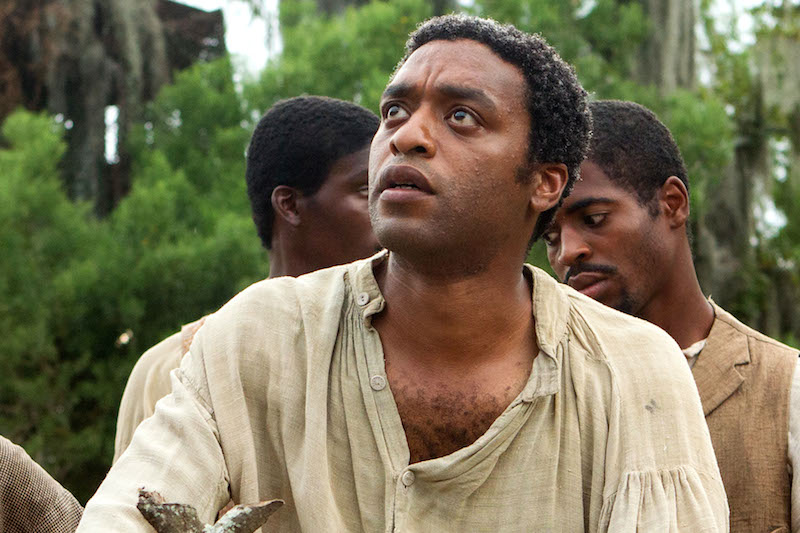 In the pre-Civil War United States, Solomon Northup (Chiwetel Ejiofor), a free black man from upstate New York, is abducted and sold into slavery. Facing cruelty personified by a malevolent slave owner (Michael Fassbender), as well as unexpected kindnesses, Solomon struggles not only to stay alive, but to retain his dignity. In the twelfth year of his unforgettable odyssey, Solomon’s chance meeting with a Canadian abolitionist (Brad Pitt) will forever alter his life. (Fox Searchlight) 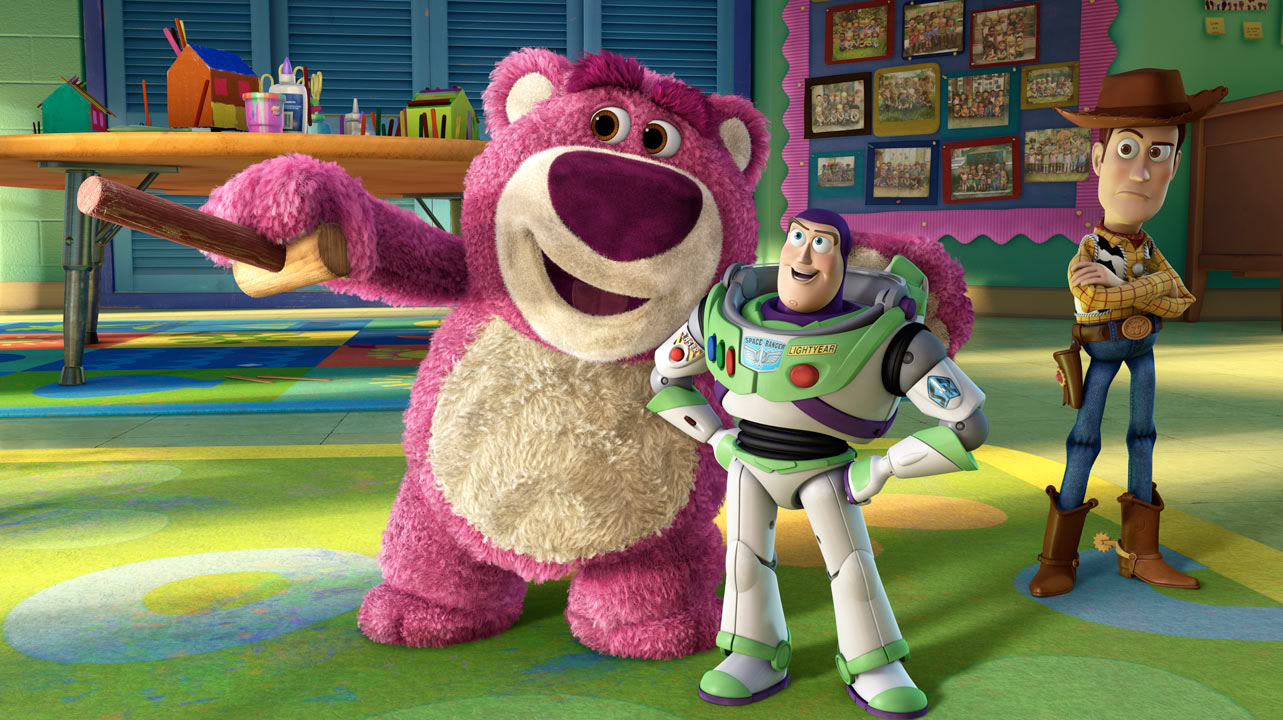 Woody, Buzz and the whole gang are back. As their owner Andy (John Morris) prepares to depart for college, his loyal toys find themselves in daycare where untamed tots with their sticky little fingers do not play nice. So, it’s all for one and one for all as they join Barbie’s (Jodi Benson) counterpart Ken (Michael Keaton), a thespian hedgehog named Mr. Pricklepants (Timothy Dalton) and a pink, strawberry-scented teddy bear called Lots-o’-Huggin’ Bear (Ned Beatty) to plan their great escape. (Disney/Pixar)

BOYHOOD charts the rocky terrain of childhood like no other film has before. Snapshots of adolescence from road trips and family dinners to birthdays and graduations and all the moments in between become transcendent… BOYHOOD is both a nostalgic time capsule of the recent past and an ode to growing up and parenting. (IFC Films) 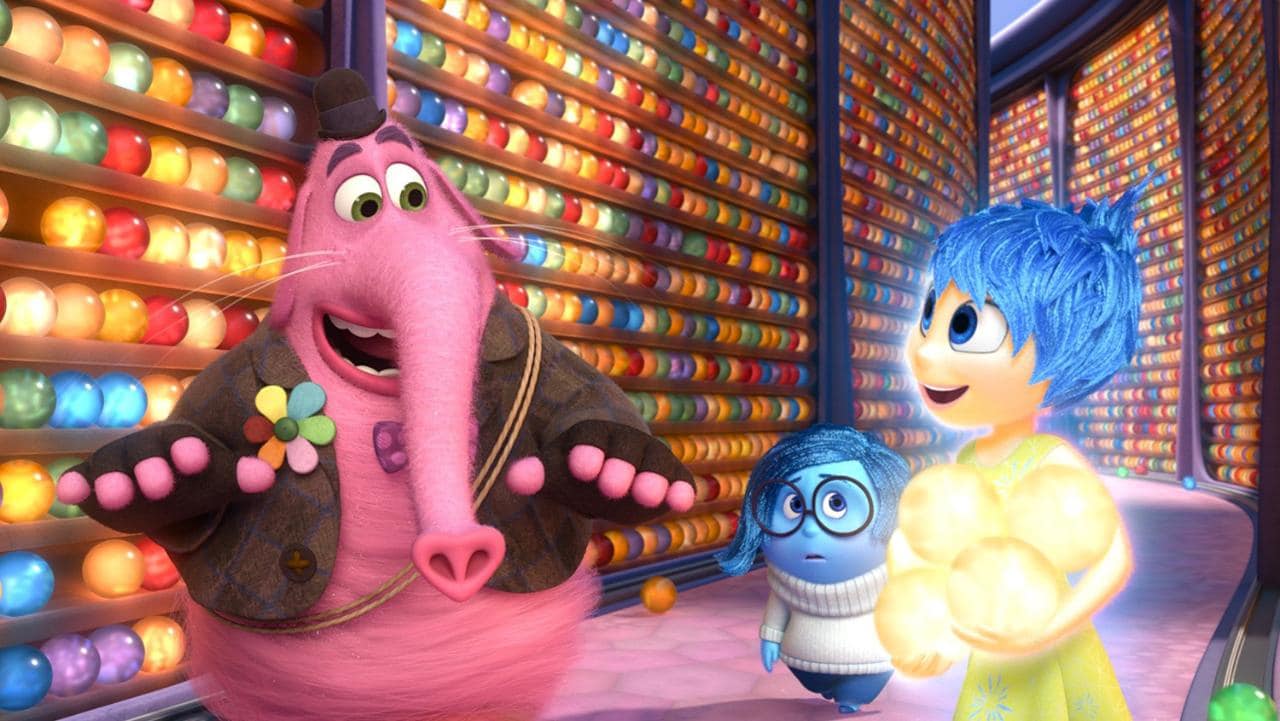 Growing up can be a bumpy road, and it’s no exception for Riley, who is uprooted from her Midwest life when her father starts a new job in San Francisco. Like all of us, Riley is guided by her emotions – Joy (Amy Poehler), Fear (Bill Hader), Anger (Lewis Black), Disgust (Mindy Kaling) and Sadness (Phyllis Smith). The emotions live in Headquarters, the control center inside Riley’s mind, where they help advise her through everyday life. As Riley and her emotions struggle to adjust to a new life in San Francisco, turmoil ensues in Headquarters. Although Joy, Riley’s main and most important emotion, tries to keep things positive, the emotions conflict on how best to navigate a new city, house and school. (Disney/Pixar) 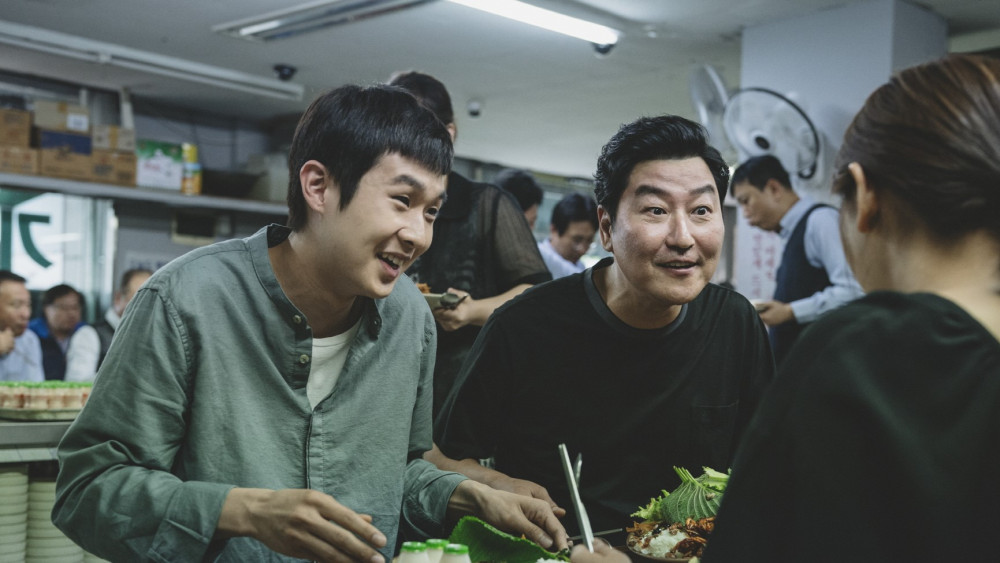 A poor family, the Kims, con their way into becoming the servants of a rich family, the Parks. But their easy life gets complicated when their deception is threatened with exposure. (CJ Entertainment) 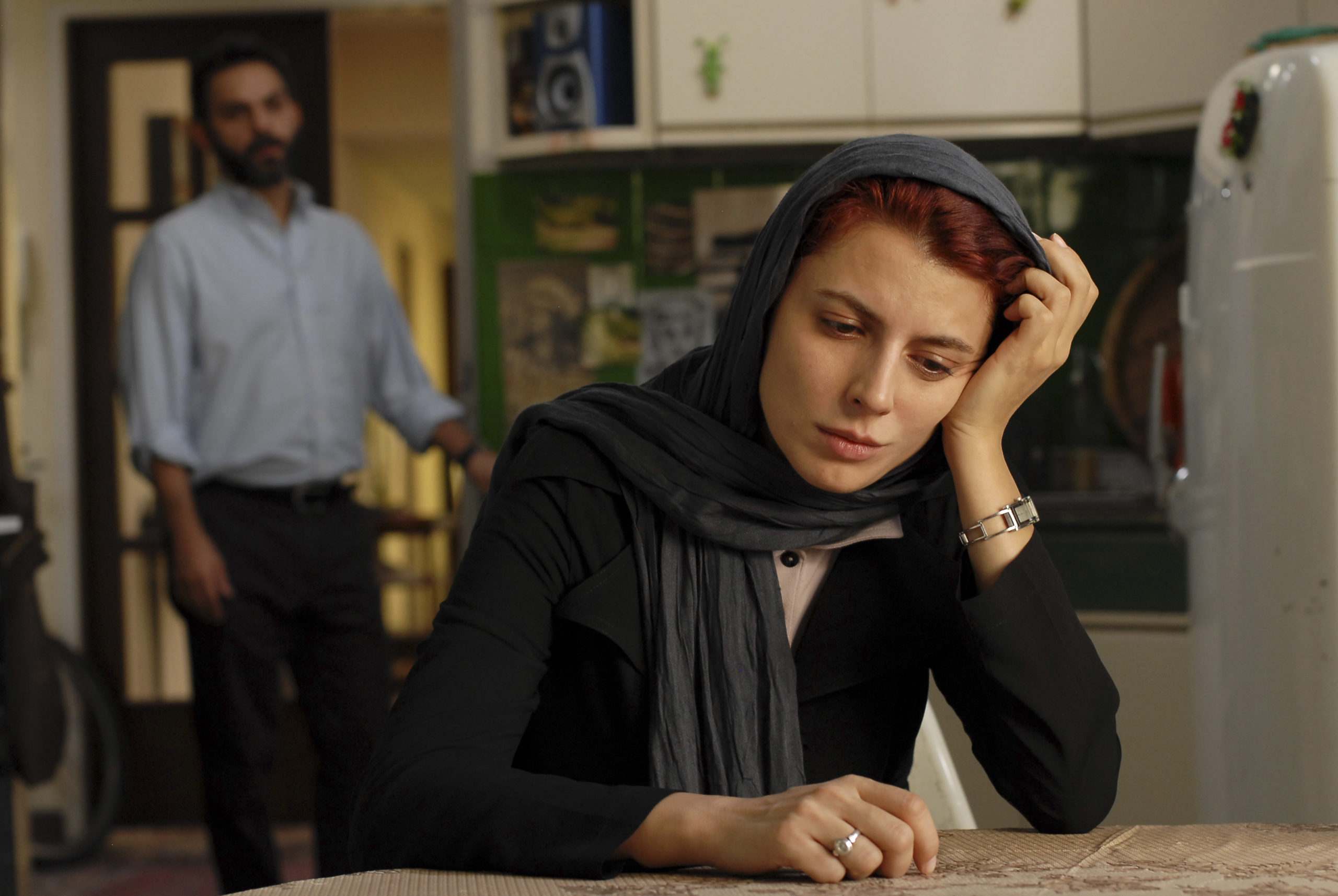 Set in contemporary Iran, A Separation is a compelling drama about the dissolution of a marriage. Simin (Leila Hatami) wants to leave Iran with her husband Nader (Payman Maadi) and daughter Termeh (Sarina Farhadi). Simin sues for divorce when Nader refuses to leave behind his Alzheimer-suffering father. Her request having failed, Simin returns to her parents’ home, but Termeh decides to stay with Nader. When Nader hires a young woman to assist with his father in his wife’s absence, he hopes that his life will return to a normal state. However, when he discovers that the new maid has been lying to him, he realizes that there is more on the line than just his marriage. (Sony Pictures Classics)

Want to see any of these films? Go to Reelgood to see where they are available.